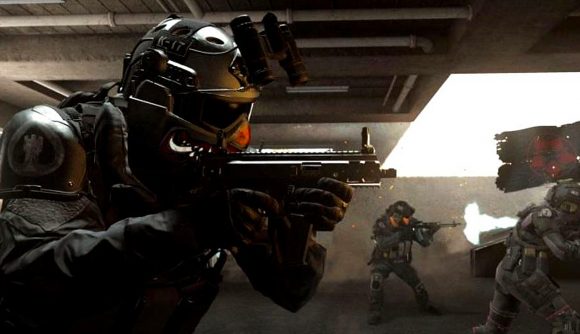 Activision has released its first official trailer for Season 5 of Call of Duty: Modern Warfare and, to literally no one’s surprise, introduces Shadow Company into the game.

The trailer gives us the context behind the addition of Shadow Company, who are the private mercenary force from the original Modern Warfare games brought in by General Shepherd to take out Task Force 141. And no, I’m still not over it. Shadow Company appears to be coming to the assistance of Armistice (which is the joint force of Modern Warfare’s existing operator factions of Coalition and Allegiance) in taking down the evil forces that plague Verdansk. They are described as a “splinter group” from the existing factions.

There will be three operators making up Shadow Company at the launch of Season 5. Existing operator Roze moves over, while new additions Lerch and Velikan will be available to players too. The name Lerch should ring a bell, as he was the figure sending Season 5 teaser clips to content creators such as Nick ‘NICKMERCS’ Kolcheff.

While the trailer was heavily focused on the story and context of Shadow Company, there are a few hints at major changes coming to multiplayer and Warzone.

As spotted by YouTuber ‘Inkslasher,’ the image of the three Shadow Company operators appear to show them holding a new weapon. This looks to be the AN-94, although it’s yet to be confirmed.

Inkslasher also spots a Domination-style flag inside of the parking lot outside of Airport, which he interprets as either a new Warzone mode or that this area of Vedansk will be turned into a multiplayer or Ground War map.

The trailer also shows multiple shots of Verdansk’s stadium, further hinting that it will be the epicentre of some serious map changes in Warzone next season.