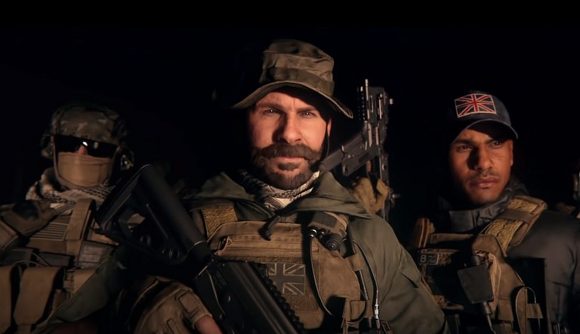 Infinity Ward has revealed that the delayed new season for Call of Duty: Modern Warfare will go live in just a few hours time.

Season 4, which will bring new content to both multiplayer and to Warzone, is scheduled to go live at 23:00 PDT today, June 10 (June 11 at 2AM EDT / 7AM BST / 8AM CEST). Initially planned to drop last week, Infinity Ward decided to push back releasing the new season to put player’s focus on the Black Lives Matter protests, saying in a statement that “it’s time for those speaking up for equality, justice and change to be seen and heard.”

Season 4 will see the introduction of fan favourite Captain Price as a playable operator and the announcement trailer has already teased the return of classic map Scrapyard and legendary gun the Galil. Last month, a series of bugs and datamined information also seemed to point at a number of new additions coming to Warzone, such as Juggernauts and a couple of interesting-sounding game modes. Perhaps some of these will be featured in Season 4?

Remember to set those alarms for all you European readers if you want to get that update installed in the morning! And for those in America… have a nice all-nighter guys.