Wildcards act as a brilliant way to shake up the loadout system in Call of Duty: Black Ops Cold War. A wildcard allows you to bend the rules of your custom classes and can let you do anything from running extra perks to stacking your weapon with more attachments than you can shake a stick at.

There are currently four different wildcards available for players to run in Black Ops Cold War, each giving you a unique advantage. If you’re just booting up Black Ops Cold War for the first time, then unfortunately you’re going to have to reach level 12 before you can get access to wildcards, but that shouldn’t take you too long.

So let’s dive in and see what these wildcards are, how they affect your loadout, and why they’ll be useful across all of the Black Ops Cold War multiplayer modes currently available in the game.

The Law Breaker wildcard lets you break free from the conventional primary, secondary, Perks 1, 2, and 3 formula. With Law Breaker equipped you can run any gun in any slot, meaning you can bring two primary weapons into battle. This essentially acts like the Overkill perk in Modern Warfare and Warzone.

In addition, you can pick any three perks that you’ve unlocked, and you’re not bound to picking one from each group. This means you could run all three perks from the Perk 1 group, for example.

Gunfighter lets you fully stack out your primary weapon with attachments and scraps the limit of five imposed on the rest of the playerbase. If creating the most perfect weapon to suit your style means the most to you in a shooter, this is the wildcard you should probably be running. 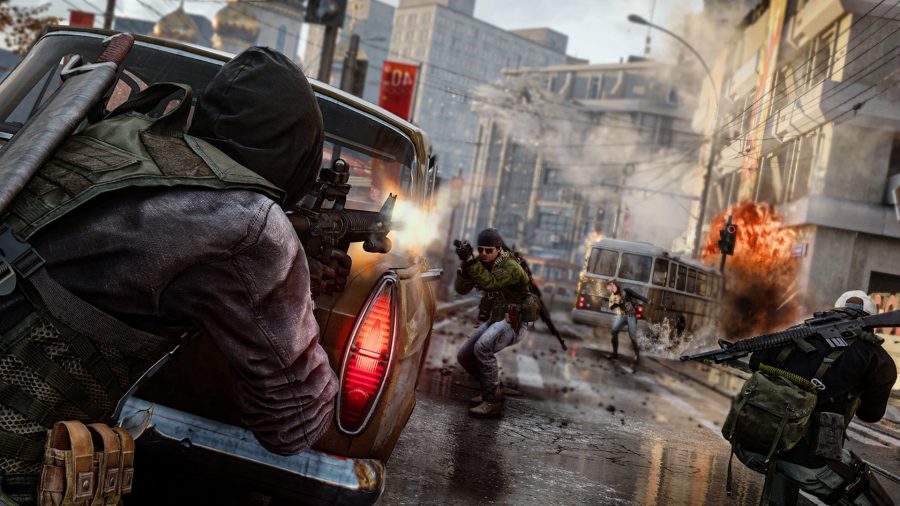 For those who prefer the spray-and-pray, blow-everything-up approach to shooters, you’ll want to be running the Danger Close wildcard. With Danger Close equipped you will head into battle and also respawn with the maximum amount of ammo you can carry for your weapons, as well as an extra thal equipment and extra tactical equipment.

This is also a great wildcard to run if you plan on going for a long old kill streak, especially when paired with the Scavenger perk. No need to pick up some other noob’s gun here.

Perk Greed is a great choice if you want to gain small advantages across multiple aspects of Black Ops Cold War. It allows you to run an extra perk from each of the three perk groups, bringing your total up to six.

This means you can put together some really effective perk combinations, like running both Cold Blooded and Ghost in the Perk 3 group. This would make you incredibly hard to find as you’d be invisible to scorestreaks and not appear on enemy radars when a Spy Plane is active.

What is the best wildcard in Black Ops Cold War?

To be honest, there is no definite answer to this as it depends massively on your playstyle. For top level players, probably the adaptability of Perk Greed or the weapon tuning benefits of Gunfighter are the preferred ones, but all four can be effective in most situations.