Due to its predecessor, Call of Duty: Modern Warfare garnering mixed reviews for its multiplayer, Call of Duty: Black Ops Cold War is under pressure to deliver the experience fans of the series expect.

Early signs have looked extremely promising, with a heap of gameplay changes being made between the end of the massively successful open beta and the game’s full release. Black Ops Cold War also carries on Modern Warfare’s ethos of having a wide range of game modes, ranging from small team classics to larger scale Fireteam and Combined Arms modes. There’s also the return of Control, a mode that fans of competitive Call of Duty have been yearning for since Black Ops 4.

So just what can you play at launch on Black Ops Cold War? We’ve compiled a list of every multiplayer mode, big and small, that you’ll be able to sink your teeth into. We’ve also included which Black Ops Cold War maps you can play them on too.

These core multiplayer modes in Black Ops Cold War are all 5v5 or 6v6, apart from Free For All which sees 8-10 individuals compete against one another.

One name you might not recognise is VIP Escort. This mode is brand new for Black Ops Cold War, and sees one team attempting to get a VIP – who is armed only with a pistol, smoke grenades, frag grenades, and a Spy Plane scorestreak – to an extraction zone while the other team attempts to wipe them out.

These three modes see much larger lobbies, with Combined Arms modes having up to 24 players and Fireteam: Dirty Bomb having up to 40. 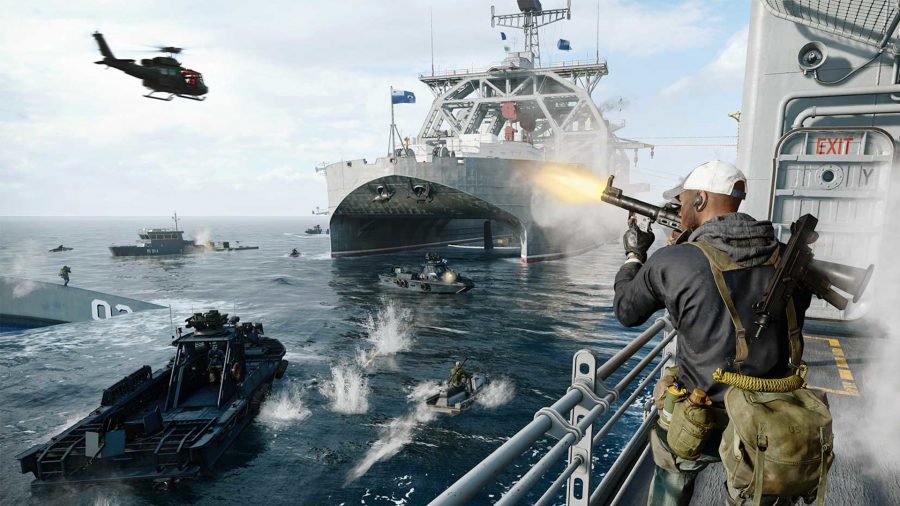 With a total of 11 modes available at launch in Black Ops Cold War’s multiplayer, which range from Call of Duty staples to large-scale new additions, there’s plenty of diversity for the first few weeks of the game. Expect some new game modes when Season 1 begins on December 10, which will include the return of Modern Warfare’s 2v2 Gunfight mode.

We’ll be sure to update this guide with all the new modes and playlist updates when Season 1 arrives.