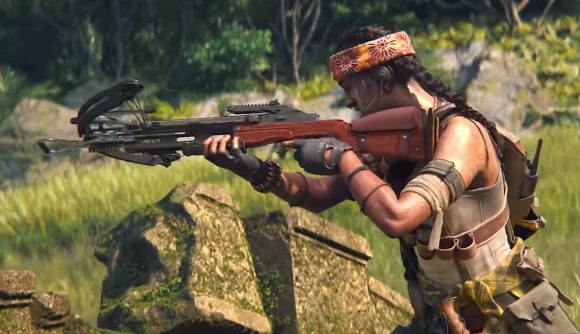 Call of Duty: Black Ops Cold War is heading to the jungles of Laos for Season Two, which promises yet another huge drop of free content including not only cosmetics but new guns, maps, scorestreaks, modes, and more.

Throughout the cinematic trailer for Season Two, which confirms that CIA agent Russell Adler is on his way to Verdansk after being captured, several new Cold War weapons were spotted throughout. These weapons have now been confirmed to be coming to Black Ops Cold War in Season Two, along with a few others we didn’t see in the trailers.

A fan favourite and classic weapon from previous Black Ops games, the Galil, was thought to have been seen in the trailer, and a version of the much-loved AR will drop in Season Two. It’s called the FARA 83, and if it’s anything the Galil from previous games, it has the potential to be one of the best Warzone guns when it is added to the battle royale’s weapon pool.

We also saw new operator Naga wielding an SMG, which we now know is called the LC10. It’s billed as a low-recoil, rapid-firing weapon, and could potentially rival the MAC-10.

A new melee weapon, the Machete, is also being added to the game.

The FARA 83, the LC10, and the Machete will all be available at the beginning of Season Two on February 25, according to the roadmap.

The trailer also showed off an exciting and unique weapon that has graced many a CoD title before – the Crossbow. Yep, prepare yourself to be harpooned in the head nigh on consistently in the Nuketown 24/7 playlist as players try and grind this thing to Diamond. The Black Ops Cold War version of this iconic weapon is called the R1 Shadowhunter. Menacing.

We’re also getting a new sniper, called the ZRG 20mm, and another melee weapon dubbed the E-Tool (it’s a tiny shovel. Cute). 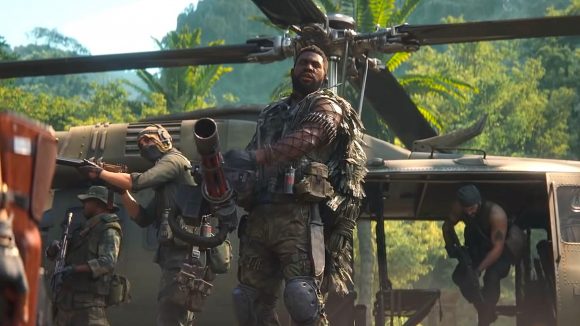 During the trailer, we also see one of Frank Woods’ troops donning a beefy minigun. We now know this will be added as a brand new scorestreak for Black Ops Cold War multiplayer modes called Death Machine.

The R1 Shadowhunter, ZRG 20mm, E-Tool, and the Death Machine scorestreak will all be added further down the line in Season Two and aren’t available straight away.

It looks like there’s plenty of new weapons to try out over the course of the next few months in Black Ops Cold War.