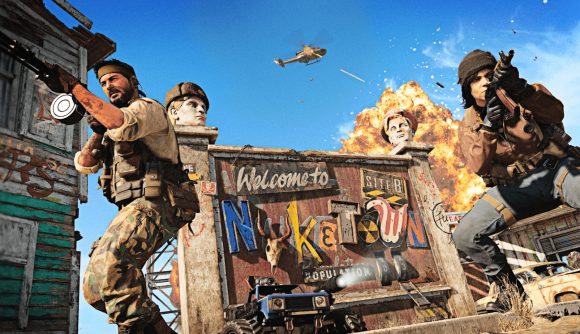 In preparation for the delayed launch of Season One in Call of Duty: Black Ops Cold War, Treyarch has shipped a sizable update tidying up a number of bugs, tweaking spawns in competitive modes like Hardpoint and Controle, and adding new options to custom games.

It’s these new custom game options that have pricked the ears of those patiently awaiting a competitive ranked mode in Black Ops Cold War – and those looking ahead to the 2021 Call of Duty League season. When Black Ops Cold War’s new scorestreak system was introduced there were concerns for competitive play as your score would not be wiped after a death, meaning big kill streaks were not as crucial as in previous titles.

However, in custom games you can now revert back to the traditional system thanks to newly introduced options. Hosts can choose to set a ‘Score Death Penalty’ which can slash anything from zero to all of your score when you die.

Many competitive Call of Duty fans are hoping that this is in preparation for either the 2021 CDL season or potentially for a ranked mode or league play in Black Ops Cold War. While this is yet to be confirmed, Treyarch’s game design director David Vonderhaar did hint at a competitive “agenda” in October.

Further morsels in the patch notes that are getting competitive fans excited is the particular focus on improving spawns for two modes that will feature in the 2021 CDL: Control and Hardpoint. These spawn changes are made almost exclusively to maps that are confirmed to be in the competitive map pool, including Moscow and Checkmate.

Time to settle the score.

Vengeance arrives with Season One of #BlackOpsColdWar on December 16. pic.twitter.com/JYhHU8oxTi

Another notable change is that the Trophy System field upgrade will now eliminate other Trophy Systems thrown into its proximity. Previously, it would only destroy throwables or projectiles like grenades, stuns, or rockets.

Despite this mass spring clean before the shiny new season, there is still no change to the Black Ops Cold War split-screen issues that have plagued the game’s zombies mode.