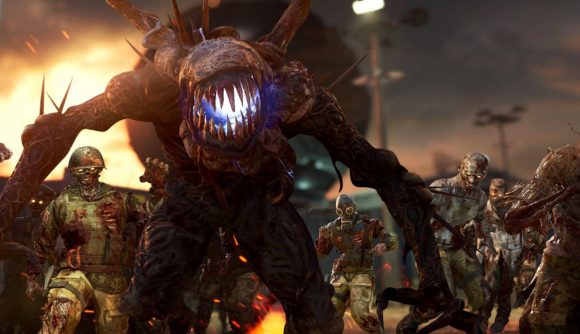 05/02/2021 The easter egg will now be available one hour later than previously reported at 10AM PST / 1PM EST / 6PM GMT according to Treyarch.

Treyarch has revealed that the easter egg for the new Call of Duty: Black Ops Cold War zombies map, Firebase Z, will not be immediately available when it is released.

Firebase Z will be Black Ops Cold War’s first new zombies map to be added since the game launched, and it drops alongside some new multiplayer maps on February 4. However, Firebase Z’s easter egg can’t be started straight away as Treyarch wants everyone to “start the hunt on an equal footing.”

With die hard zombies fans often racing to be the first to complete newly added easter eggs, this will mean that everyone has time to download and install the update, learn the map, and prepare their best zombies loadout for the task ahead. The staggered start to the easter egg becoming available will be 34 hours after Firebase Z goes live. All timings can be found at the end of this article.

This move from Treyarch has been widely praised by the zombies community, who are happy to see everyone entering the race to complete the easter egg on equal terms.

The main Easter Egg quest in #FirebaseZ will be disabled at launch until 9AM PT / 12PM ET / 5PM GMT Friday, Feb. 5 to make sure everyone can start the hunt on equal footing.