Ah, zombies – what a great game mode. The sinister tinkle of the mystery box, the mind-bending easter eggs, the wacky Pack-a-Punch weapons; it’s good to have it all back.

However, in Call of Duty: Black Ops Cold War’s zombies mode, players not only have the usual means of acquiring some firepower through the mystery box, wall weapons, or easter egg rewards, but they can now head into the fight with a custom loadout using any gun they’ve unlocked in the game so far. This means there’s no firing puny pistol rounds into round ten zombies because you were too stingy to hit the box – you can start with one weapon and a zombies-specific field upgrade.

But with so many weapons at your disposal, which are the best? Which loadout should you be heading into battle with to aid you in both the early rounds and the high-intensity late rounds? And which weapons are the top candidates to chuck in the Pack-a-Punch machine?

There’s no definitive answer to what the best weapon in Black Ops Cold War’s zombies mode is as it can vary through each playthrough, and on your own playstyle.

Some weapons are extremely effective to head into zombies with for the early rounds. This is before you’ve had the chance to upgrade or Pack-a-Punch your weapons, and the enemies are relatively weak and low in numbers.

However, as upgrades and the prospect of Pack-a-Punching come into play later in the game, other weapons emerge as top picks for clearing the massive waves of enemies and chunking damage out of bosses. 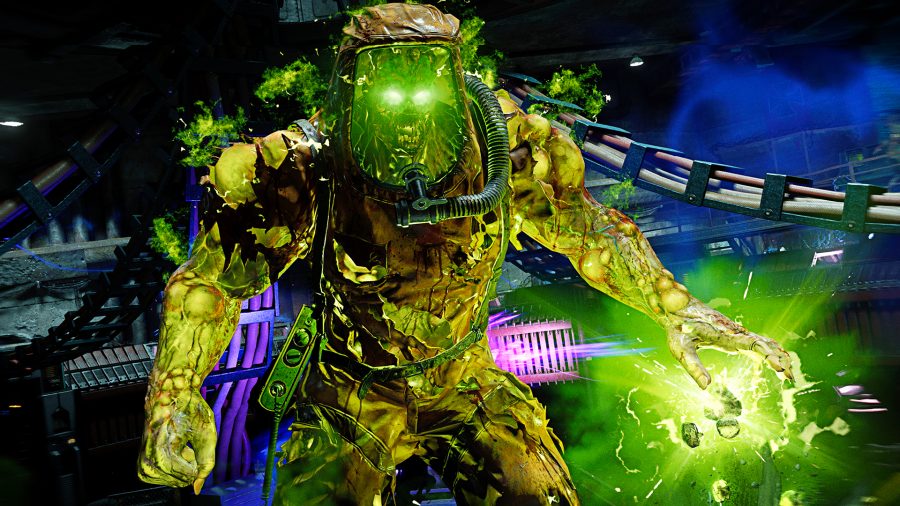 The best loadout to start with in zombies in Black Ops Cold War is:

The Knife is so great for the early stages because it can one-hit kill zombies up until round 11. There is also a melee bonus in Black Ops Cold War zombies which means that using the knife will rack up a tonne of points for you to spend on future weapon upgrades, perks, and clearing doorways and blockades.

While it will take a while to clear waves as you can only kill one zombie at a time, there’s no worrying about ammo. Just so long as you don’t get too surrounded, you can keep picking off the zombie at the front of your train for, well, ever.

The Knife can also be incredibly useful in the late game, but more on that later. 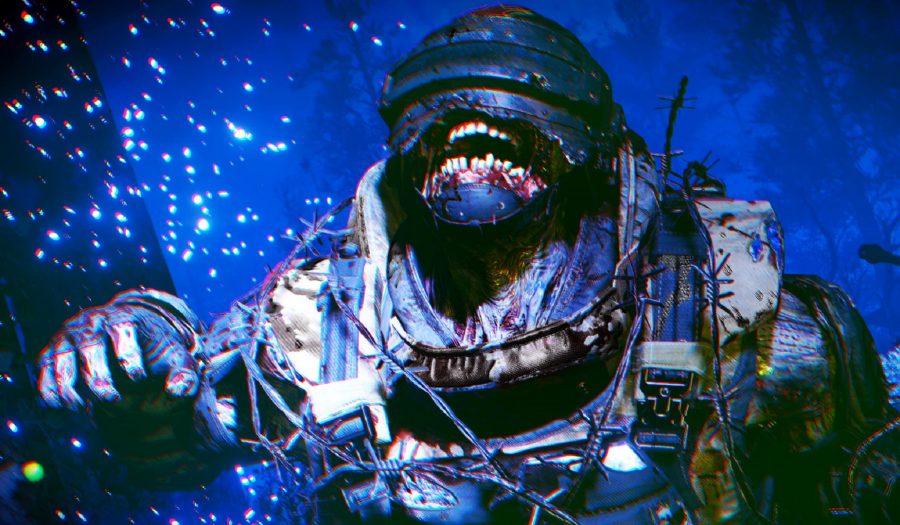 To partner the Knife, we recommend the Healing Aura field upgrade, especially if playing solo. This will put you back up to full health if you do get clobbered a few too many teams while knifing those zombies. When levelled up using Aetherium crystals, Healing Aura can also knock back zombies, stun bosses, and create a beam that revives allies.

Other honourable mentions for starting weapons include the Stoner LMG for its high ammo count and decent damage, and the Gallo SA12 shotgun, which will one shot enemies for a fair few rounds.

Black Ops Cold War’s Zombies mode has some pretty tasty options for Pack-a-Punch-ing. Our top picks to chuck in the machine are the M16, the Gallo SA12 shotgun, the Ray Gun (if you’re lucky enough to pull one from the mystery box), and the Knife.

If you prefer keeping your distance and taking down zombies at range, this is probably the best option. The XM4 and the Stoner LMG are also good alternatives to Pack-a-Punch, but the extended burst fire and high critical damage makes the M16 a beast once upgraded. 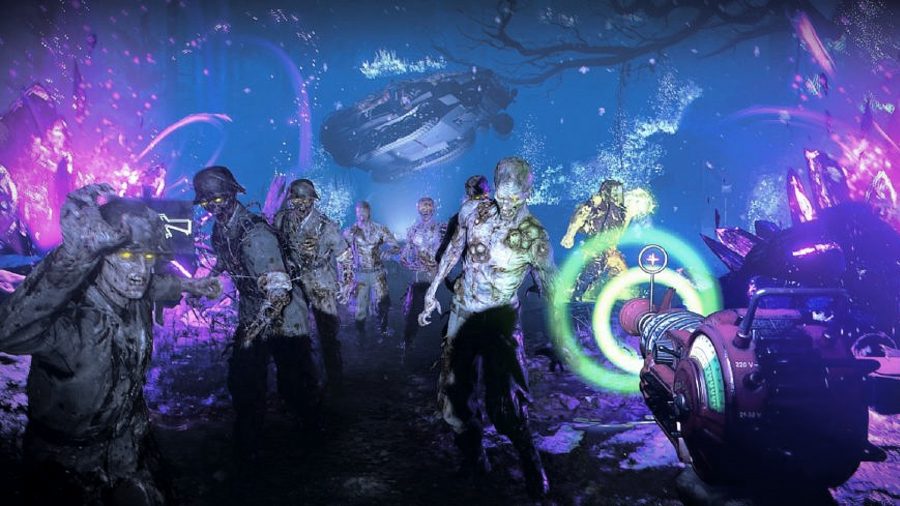 Yes, the Ray Gun has been nerfed significantly since day one of Black Ops Cold War, but it’s still one of the best weapons in the game – especially when Pack-a-Punched to become the Porter’s X2 Ray Gun.

It does massive damage to bosses, will turn zombies into crawlers if you fire it at the ground around them, and can clear trains extremely quickly.

The Gallo SA12 shotgun is probably the most used weapon in Zombies right now and for good reason. It can be brought into the game with your starting loadout, can be purchased as a Tier 3 wall weapon early on at the crash site section of Die Maschine, and when Pack-a-Punched becomes arguably the best gun for clearing hordes of the undead.

Turning into the H-NGM-N, the Gallo SA12 deals huge damage when fully upgraded. At its maximum upgrade level, it will comfortably two shot zombies at any round.

As we alluded to earlier, the Knife is not only brilliant in the early rounds but is pretty unbeatable for high rounds too.

The Pack-a-Punched Knife, the Closing Argument, when fully upgraded, will one hit zombies at any level. Yep, any level. Plus, you’ll keep raking in bonus melee points.

You can also upgrade your melee with Aetherium Crystals so that instead of meleeing with the butt of your gun when you’ve got your primary equipped, it will actually use the knife instead. This means you could walk around with, say, a Ray Gun, and if you get into bother and need to reload, you can one hit melee your way out without switching to the Knife.

Now you can’t Pack-a-Punch the D.I.E. Shockwave once you’ve completed the easter egg to get it, but it is still a top-tier weapon so we have to mention it. In particular, if you get the Electrobolt rounds for it, it will make light work of clearing hordes up until rounds in the thirties and do good damage to bosses.

So, if you’re looking to stay alive as long as possible in Black Ops Cold War Zombies, what’s the best loadout to end up with? Well, we highly recommend as a primary weapon using the D.I.E. wonder weapon with the Electrobolt modification, or a Pack-a-Punched Gallo SA12 or Ray Gun. Fully upgraded, of course.

For a secondary, you really want the Closing Argument, the Pack-a-Punched Knife we just talked about. As mentioned before, spend your Aetherium Crystals on the melee upgrade to make sure you’re always one-hitting zombies, even with your primary weapon out. 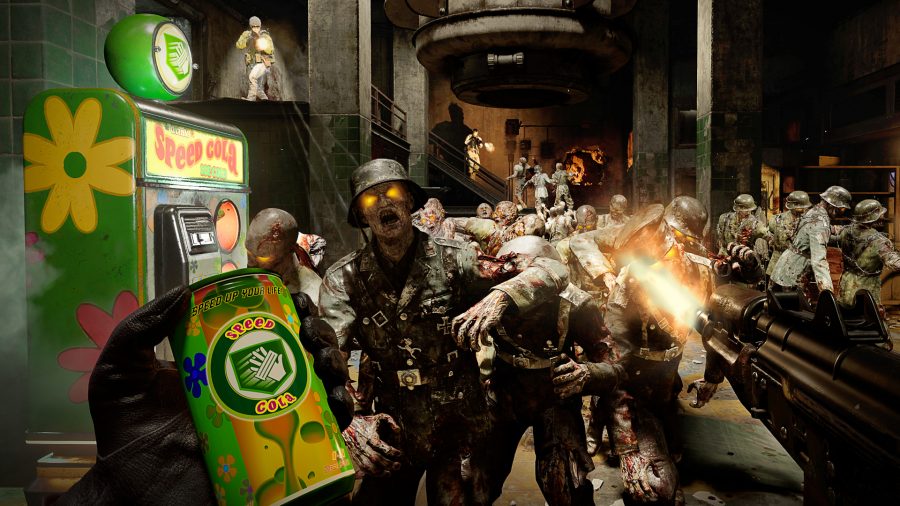 While Healing Aura is a great field upgrade for starting loadouts, we think Ring of Fire is the best for high-round runs. This will buff your damage when used and help you take out Megaton bosses far easier.

Monkeys or Decoy Grenades are definitely what you want as your tactical. They’ll get you out of tricky spots and can bunch up zombies so you can go on a safe knifing spree to conserve ammo. Lethal grenades don’t really play much of a role in the high round meta, but a C4 or Molotov is good for damaging multiple zombies at once.

Other things to consider, of course, include getting yourself a full set of perks and holding onto a Self-Revive Support by either crafting one or getting lucky with a random loot drop.

Also, be sure to spend those Crystals on upgrades, especially to your perks.

That’s our wrap up of the best weapons and loadouts for Black Ops Cold War’s Zombies mode. As always, weapon balancing can change how good certain weapons are, and as new maps and weapons roll out there may be new contenders. But we’ll be sure to update this guide if better options become available.