Bayonetta is back in Bayonetta 3 and this time she is bringing a new friend along with her as Viola has entered the scene as a new playable character. But what do we know about Bayonetta 3’s new Viola character and what role will she play in the game?

Well, it is clear that Viola will be one of the central pillars of the story Platinum Games is trying to tell, as showcased in the latest trailer for the game. But, when it comes to her backstory and the importance she plays, as well as her combat abilities, details are still not as clear yet.

However, this article will serve as the hub of details, information, and the latest on this new character. So, be sure to keep checking back and read on below to see everything we know about Bayonetta 3’s Viola character in this guide which is packed with information.

In Bayonetta 3, Viola is a brand new playable character. Viola is a witch in training and she appears to have a greater sense of the threat the world is facing than Bayonetta. That threat is the new Homunculi enemies and large Infernal Demons.

In a scene from the latest trailer, it also appears that Rodin knows or did know of Viola at some point in the past. Viola is also accompanied by her feline companion Chesire.

As shown in the gameplay trailer, she has a grappling hook that she can use to traverse the environment and can seemingly launch herself at enemies to push them back. Equipped with a sword, she may also be able to throw an exploding spear if a cutscene is anything to go by. 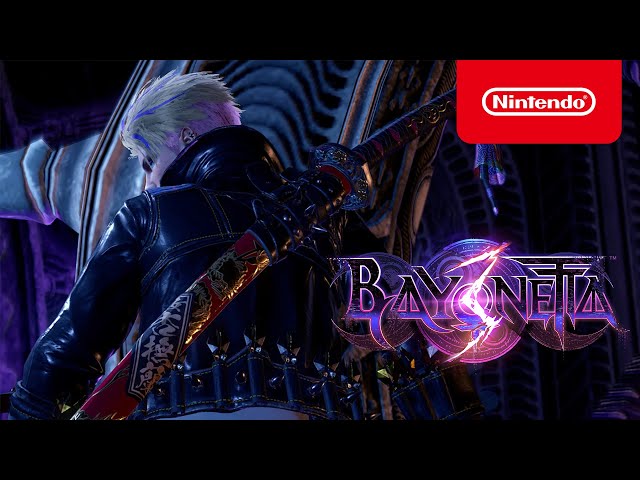 We still have a few months until the Bayonetta 3 release date in October, so we should see more of Viola before then. Hopefully, Platinum Games also expands upon her character and details how she will play as well!