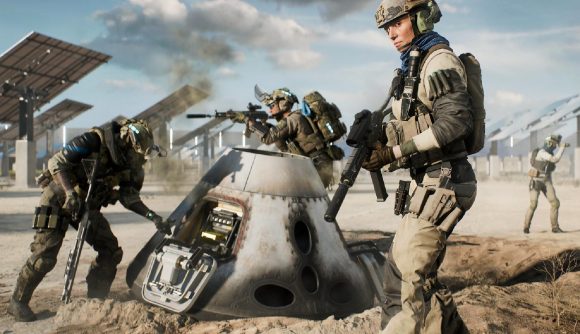 There is nothing worse than seeing a squad full of snipers sitting atop a tower, sights glinting, doing absolutely nothing to help further their team’s campaign of securing Battlefield sectors. In Battlefield 2042, DICE has tried to address that – by rewarding objective-playing players with new ribbons. However, the development team has also gone one step further in a new easter egg – by telling you to get up off your arse and start playing.

While it might be tempting to walk through the streets of Renewal admiring the architecture or hunt down the penguins in Breakaway, you’re not much use to your team. A new easter egg, found by ‘Roboplato’ on Twitter, on a map for the subway system in Kaleidoscope – Battlefield 2042’s map set in Songdo, South Korea – a message to campers can be found.

While there are routes that take you from Jungang Market to Namdong Office, the Seoul Shuttle Line 3 has a unique journey of its own taking you to well-known locations such as Why, Are, You, Reading, This, Play, The, Fudging, and Objective.

Just in case that didn’t go in the first time, the devs want you to PTFO. Stop looking at your surroundings and help your team out – you heard them!