The big open areas of many of the Battlefield 2042 maps make the game perfect for long-range guns and snipers. At the moment, there are only a handful of marksman rifles to get your hands on, including the DM7.

But what makes the best DM7 build and how do you set it up? Read on for our recommendations of the best attachments, gadgets, and specialists you’ll want to use for this marksman rifle.

The DM7 is an incredibly versatile marksman rifle. It can be set up for pretty much any range, but given it does an incredible amount of damage at medium range at the moment, we’ve build our loadout with that in mind. If you follow this build, we’d recommend having some long range attachments on your Plus Menu, so you can get the best of both worlds.

For the sight, we’ve opted for the Fusion Holo as our standard, but we’ve got the Bravo 3X on our Plus Menu in the event you’ll need to take on enemies at range.

Ammunition wise, Close Combat should be your default mag as it comes with 20 rounds. The High Power mag should be on your Plus Menu as a secondary as it increases the gun’s effective range.

In the barrel department, the Extended Barrel is a must – this increases your bullet velocity, allowing you to hit enemies for more at a greater distance. If you’re forced to use your 3X this is perfect here. Otherwise, the Arcom Tactical Muzzle Brake would be our choice.

Lastly, the BCG Grip is our choice for the underbarrel as it helps stabilise your gun while shooting on the move. This is particularly useful as the gun kills enemies in around three or four shots at the moment – and we can guarantee some of those won’t be taken while you’re standing still. 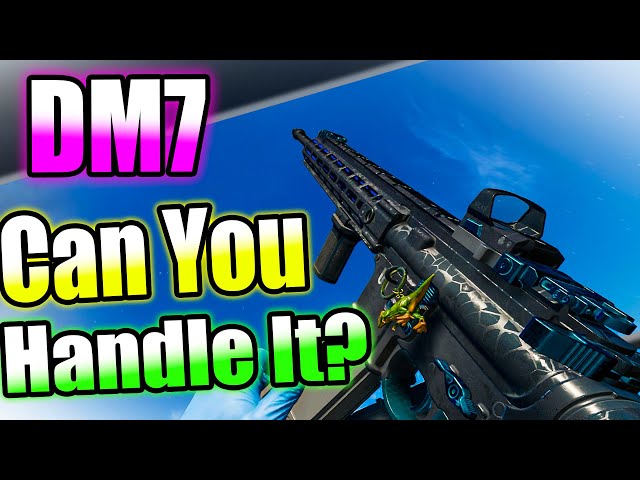 With this loadout, your aim needs to be on point. If you whiff a shot here or there, you’ll find yourself looking at the respawn menu more often than not. To help you survive longer on the battlefield, we’d recommend picking the armour plates as your go to gadget for the DM7 build.

If you’ve played the game by now, you’ll no doubt know you can pick any one of the Battlefield 2042 specialists and make it work. However, for the DM7 we’d recommend playing a few select agents. These are: Sundance, Casper, and Irish.

Sundance’s wingsuit allows you to get behind enemy lines, Casper’s movement sensor will give you a heads up on approaching enemies, and Irish’s Fortification Systems will keep you safe from oncoming fire.

So that’s our DM7 Battlefield 2042 loadout in full. Hopefully this build will help you slay online and win plenty of ribbons online.