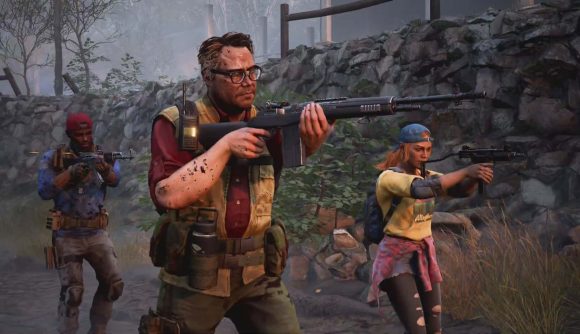 October 9, 2021 Turtle Rock have issued a statement on solo campaign progression and said they are looking into ways to fix the issues players have. The article has been updated to reflect this.

Back 4 Blood‘s early access period has started and players have begun to get stuck into the full experience after a hugely successful open beta in August. However, those players who were hoping to play solo with bots have found a number of caveats that make the experience far less enjoyable and not very rewarding.

If you choose the option ‘Solo Campaign’ from the menu, you will be put into a game on your own with bots, but all progression features and mechanics are turned off. Effectively, players are given all the tools in the game to use from the get-go.

Whilst this might seem like a positive at first glance, it actually means solo players are missing out on fundamental features of the game, like earning more of the best cards through the Supply Lines system and earning Supply Points. On top of that, stat-tracking for the game’s accomplishments is turned off, alongside the ability to earn trophies and achievements in the game that feature cumulative progress.

This creates a severely limited gameplay experience and players have taken to Reddit to express their frustrations with this system. One user called ‘This-is-the-ende‘ says that “the game kneecaps solo play.”

Adding to the frustration, if you choose to begin the tutorial when you first open the game, you will be automatically put into a solo campaign seemingly without any warning that you are going into a mode with no progression. Therefore, players have the potential to play for hours without realising they aren’t working towards earning anything and will have everything unlocked for them straight away.

Back 4 Blood is also an online-only game, meaning that if you try to play the game offline you can’t get past the menu screen. So, your only option right now is to play with bots and no progression or other people.

You are forced to play online to earn anything in this game. Huge disappointment. I hope they change this. from Back4Blood

The Loadout has reached out to Turtle Rock for comment on these issues. Since yesterday, the developer has also tweeted out that they are working on looking at changing how progression works in solo campaign.

We have heard your frustrations about progression in solo mode and are discussing ways to address the issue. Thank you for your patience and feedback at this time – we'll have more news as we strategize on potential ways to make it happen.

Hopefully, the team can implement this update before the game’s full launch into Xbox Game Pass on October 12.