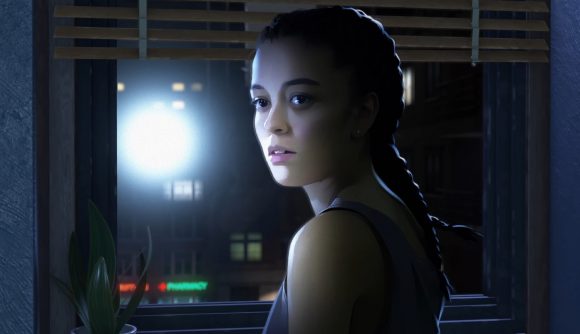 Despite As Dusk Falls being Interior/Night’s first game, it is clear the studio has some real innovators among its ranks that can create unique narrative experiences within games. In fact, that was one of the aspects we highlighted in our As Dusk Falls review. And, the studio has made it clear it has no plans to abandon its love of narratives.

Speaking to The Loadout, Interior/Night’s CEO and creative director Caroline Marchal says: “We’re a narrative studio and we’re going to keep making narrative games that push the boundaries of the medium and really try to attract more people into games.”

With a wide range of talent with experience from studios across the industry, including Quantic Dream and Sony, narrative is clearly what the team is most passionate about. “We’re all storytellers in the studio, and we love what we’re making,” Marchal says.

And, when asked about a desire to push into experimenting with AR or VR, and unique ways to control games, it is clear that if the narrative warrants that experimentation, the team would be excited about taking it on.

“We always start with the script and the story and then we create,” Desodt says. “And this is part of my challenge – we create around the best way to tell that story, the pipelines, and the team that we need. So yeah, depending on what Caroline writes, then I’m up for the challenge.”

We’ll have more to come from the team at Interior/Night in our big interview later this week. So, keep your eyes peeled for more insight on As Dusk Falls and the future of the studio.