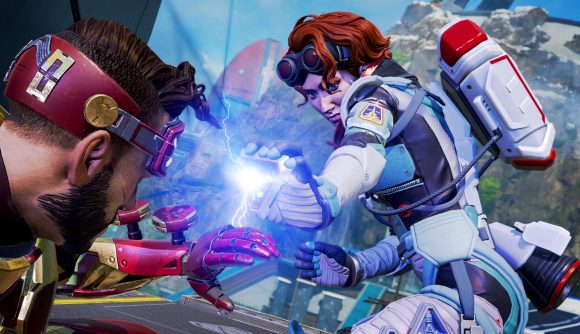 Apex Legends Season 7 has so far been exciting and controversial in almost equal measure. While the latest additions, including Scottish scientist Horizon, have been welcomed with open arms, key changes to the game’s Battle Pass system remain contentious. Many felt that the reworked pass, which requires you to earn ‘Battle Stars‘ in order to rise through the tiers, was overly grindy.

When Season 7 first landed, it wasn’t uncommon to see players reporting that it was taking 2-4 hours of gameplay to move up a single tier. Thankfully, developer Respawn Entertainment was quick to address the issue, promptly rolling out a first batch of tweaks and promising that more changes would arrive soon enough.

Well, Apex Legends game director Chad Grenier has now detailed precisely what those changes are, and it sounds like many of the pass’ issues will shortly be behind it.

For starters, the difficulty of Season 7’s daily challenges has been reverted to Season 6 levels, though the number of stars you’ll earn remains the same. Check out the tweet below for a detailed breakdown of the most recent changes.

In last week's Reddit AMA, I said we had more changes to the S7 Battle Pass planned.

Starting today, we're reverting the difficulty of the daily challenges to S6 levels while keeping the number of stars rewarded the same.

See image below for the before-and-after comparison: pic.twitter.com/Bbcp6NUKUX

Grenier has also confirmed via Twitter that another patch with two more changes is set to arrive next week. Plus, everyone will be granted ten free Battle Pass levels. All’s well that ends well, then.