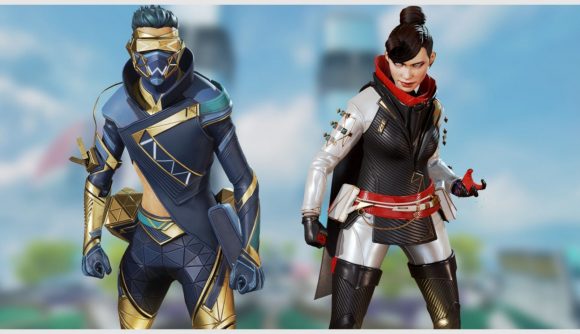 Season 7 of Apex Legends has only been out for a matter of hours but its newly reworked Battle Pass is already causing a bit of a stir. Multiple posts on the Apex Legends subreddit are slamming the new system, which sees ‘Battle Stars’ used to progress to the next tier rather than XP.

While a shiny new map and intriguing new legend have got players excited for Season 7, many are now finding that progressing through this season’s Battle Pass is a bit of a slog. Players are now venting their frustrations about the new system, which requires you to earn ten stars – either from completing challenges or earning 10,000XP – to move up a tier on the pass and unlock the next reward.

These stars though seem to require a lot of grinding, as the first batch of daily challenges only offers a potential eight stars – that isn’t enough to go up even one tier on the 110-tier pass.

Completing the first batch of weekly challenges will earn you 16 stars and three full tier skips, meaning you can progress 4.6 tiers. In total, completing every weekly and daily challenge in a given week would see you move just 10.2 tiers up the Battle Pass, if the star distribution stays at its current rate.

While the stars from challenges are quite stingy, you’d hope that they could be topped up with stars earned from gameplay. Well, with just a single star being awarded for every 10,000 XP you earn, things are a bit tight there too. To get 10,000 XP, you’d probably need at least three high-placing, high-elimination games.

This Reddit post from u/looseygoosey11 about the star system, which currently has around 10,000 upvotes, outlines just how much you have to do in-game to earn 10,000 XP and, as a result, just one measly star.

Many players are reporting that it is taking them anywhere from 2-4 hours of gameplay and challenge completion to go up a single tier on the Battle Pass.

While it is still a completable feat for those who play daily in an attempt to climb the Apex Legends ranks, it will probably come down to the wire for some if the star system remains the same. For those who only play Apex a couple of times a week, you can pretty much wave goodbye to completing it and getting the legendary R-99 skins at the end.