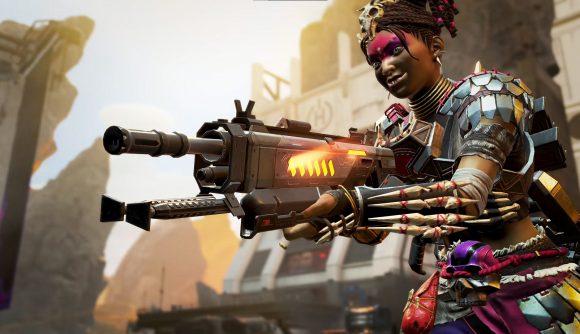 Apex Legends developer Respawn has disabled two problematic weapons from its first-person shooter after players discovered an exploit that made them incredibly overpowered.

Both the Rampage LMG and the Sentinel sniper rifle have been pulled from the game entirely as Respawn works on a fix for an infinite charge exploit that gives both weapons an infinite amount of their amped up ammo. By feeding each gun with its respective favourite delicacy – the Rampage eats Thermites to increase its fire rate, while the Sentinel likes to chow down on Shield Cells to increase its damage – and then swapping, dropping, and picking the gun back up, its charged up state would remain for the rest of a match.

This bug has plagued Apex Legends in various forms for a little while now, and while it was seemingly patched in a mid-December update, it reared its ugly head once again over the festive period.

As it works on a much needed fix, Respawn has pulled both weapons from all modes, including Arenas.

We’ve just pushed out a @Playapex update temporarily disabling the Rampage and Sentinel weapons in all modes due to an exploit.

The update also disables the MIL-SPEC Bangalore skin. It is, however, still purchasable from the store and will be present once fixed and re-enabled.

The Rampage and the Sentinel weren’t the only things to get pulled to the sidelines in this small update – a troublesome Bangalore skin has also been disabled as it was found to be crashing players’ games. Having Bangalore’s Mil-Spec skin equipped would see you get no further than the legend selection screen, and the cosmetic will now be sent back to the lab with the Rampage and Sentinel to get patched up.

While Apex’s arsenal has unexpectedly shrunk, it likely won’t be too long before the two problematic weapons are fixed and reinstated. Keep a close eye out in the next Apex Legends patch notes to see if they are fit to return.