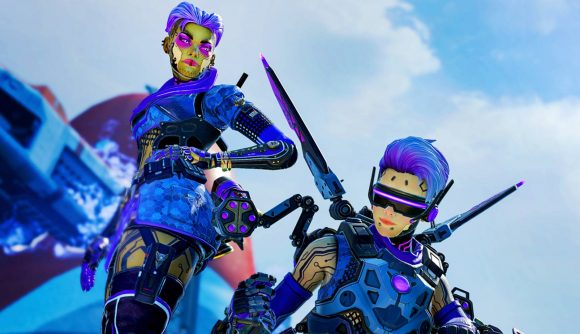 Respawn Entertainment hasn’t made any official announcements regarding a native next-gen release for Apex Legends – but, that doesn’t mean one isn’t coming. Ratings for Apex Legends on PS5 and Xbox Series X|S have been spotted online by Gematsu, for both Taiwan and Europe. This comes just days after it was revealed that news on a next-gen version of Apex Legends was coming “very, very shortly” by Respawn.

While we don’t have a concrete release date for Apex Legends’ next-gen version. The aforementioned comments from game director Steven Ferreira during a recent media event would suggest that the announcement – and release – could be coming a lot sooner than we think.

Apex Legends was originally launched without forewarning and we could see a next-gen version release in the same way.

Apex Legends’ European rating for PS5 and Xbox Series X|S is currently listed with a release date of February 8, 2022. On occasion, the date the rating is issued is used as a placeholder date – and the Taiwanese listing appears to show yesterday, February 7, as the release date. However, Respawn’s history with Apex Legends’ surprise launch could suggest an announcement and release is imminent, especially with Season 12 launching later today.

Apex Legends was also rated for PS5 and Xbox Series in Europe. pic.twitter.com/NrsZpXXR7d

When discussing the native next-gen version of Apex Legends in a recent media event, Ferreira does mention a “new native version [for] next-gen” – however, he did not touch on any specifics.

Interestingly, it sounds like Respawn is going to take a unique approach to this version when it does come out. Ferreira’s comments made it sound like Apex Legends’ next-gen features are going to be rolled out and not released all at once.

“[Respawn] can continue to roll out new features, including next-gen as well,” Ferreira says. He goes on to say that Respawn has plans for “pretty much every season this year” regarding next-gen content.

Respawn is keeping tight-lipped about this one, but with the three-year anniversary celebrations kicking off and the Apex Legends Season 12 release time approaching, maybe there’s a surprise waiting for us on next-gen consoles soon.