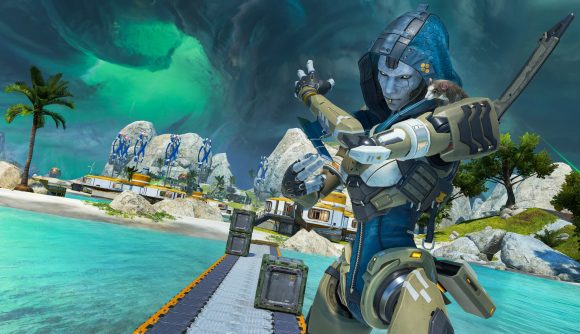 Ever since Apex Legends developer Respawn announced that the massively popular battle royale game would be getting a next-gen update, players who have been able to snag themselves a PlayStation 5 or Xbox Series X|S have been salivating at the thought of the silky smooth 120 FPS gameplay Respawn is aiming for on the latest consoles.

As spotted by ‘PlayStation Game Size’ on Twitter, metadata for a PS5 version of the game has made its way onto the PSN database, suggesting that the new-gen optimised version of Apex Legends is just around the corner. By the looks of things, the new-gen version of Apex will come in at just over 80 GB, so if you’re space-starved it may be time to start thinking about deleting some of those older games, or investing in a PS5 SSD.

Apex producer Josh Medina confirmed towards the end of December that, alongside cross-progression, support for PS5 and Xbox Series consoles is en route for 2022. With this latest news, it looks like the update may arrive sooner rather than later. With Apex Legends Season 12 set to drop in early February, players will certainly be hoping that the new-gen update will arrive with it.

Towards the end of last year, leaks began to surface from data miners indicating that the update was imminent. ‘Shrugtal’ shared entries added to the game’s code back in November pertaining to Xbox Series consoles and PS5. The data also hints at potential haptic support for the PS5’s DualSense controller.

With all signs pointing to an imminent update for players on PS5 and Xbox Series X|S, it’s time to consult our Apex Legends tier list to arm yourself with the premium legends for the premium Apex experience.