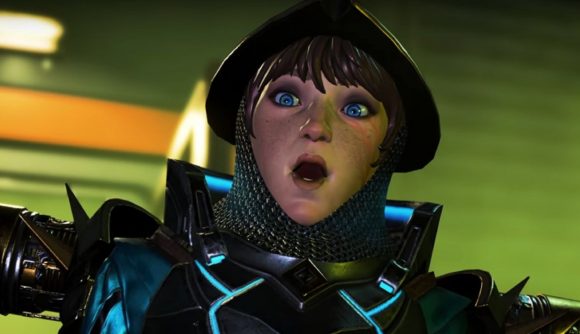 Many Apex Legends players are reporting issues related to losing their progress and having their accounts be functionally reset. Players log in to Respawn’s battle royale game only to find their level set to one, and all their stats for previous seasons reset. Some players are also reporting that their Apex Legends ranks progress this season has been reset.

Players with hundreds of hours and thousands of kills have nothing to show for their dedication – no kill trackers, no badges, and no way of unlocking them again. According to Reddit user ‘Triplehelix_’, “after leveling up my season pass a few levels, you don’t get the rewards a second time.”

However, it seems that there could be two issues at hand, as some players still have all their cosmetics unlocked, whereas others have been left with nothing but their premium currency. Some players are even reporting that they have lost their coveted heirlooms due to the issue. Triplehelix_ says that an EA support agent informed them that “the issue is widespread but that he expects all info is safely backed up and once a fix is found it will be restored.”

Respawn has also issued an official statement in response to the progress bug on Twitter, saying that it is “investigating reports of some [Apex Legends] players losing unlocks after changing the email associated with their EA account.”

To clarify: The PS4 account progress bug is a similar but separate issue, and doesn't appear to be connected to the email/account-linking issue. We're looking into it!

However, the developer also acknowledges that there could be two different bugs at work, with a separate issue affecting PlayStation 4 users. This issue may have been fixed already, due to Respawn restoring some players’ progress to a backup which was created on April 5, 2021, at 11:00 PDT.

For players whose data was on the affected database shard, we will be restoring their progress to a backup from April 5 at ~18:00 UTC

Respawn believes the other issue is caused by players changing the email associated with their EA account, but it remains to be seen whether this has been the cause of all the problems.

In the meantime, players are continuing to play the game despite their lack of rewards. “My levels and battle pass progress is all lost, as are my trackers and badges,” says Reddit user ‘noonbug’. “Playing further doesn’t give me new chests [loot ticks]. I still have my skins and Apex coins but all my progress is gone. It worked perfectly yesterday… I don’t know what to do.”

We will keep this story updated with any new information from Respawn or those affected.