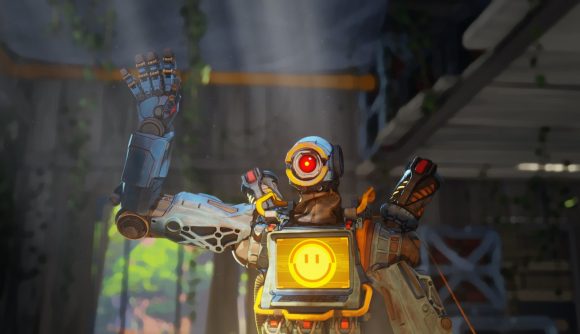 Apex Legends producer Josh Medina has confirmed that Pathfinder will be getting “some love” soon in response to fans complaining about recent nerfs.

Everyone’s favourite robot (sorry Revenant) was hit with a massive nerf at the start of Season 5, increasing the cooldown on his tactical ability from 15 seconds to 35. At the time, Respawn said the huge increase was to ensure Pathfinder couldn’t use his Grapple twice in one firefight, but fans thought the change was extreme and his usage dropped off in tournaments, Apex Legends ranked, and even casual games.

Season 6 also sees Pathfinder’s fellow Recon Legends Bloodhound and Crypto given the ability to use Recon Beacons, which in previous seasons was a trait unique to Pathfinder. The beacons give valuable intel on the next ring location, and Crypto’s drone can scan them instantaneously, making him a better choice than Pathfinder. Bloodhound was also on the receiving end of a handful of buffs, making them a strong choice of Recon Legend.

As a result, Pathfinder mains have been unhappy that their chosen Legend has dropped from being one of the best choices to one of the worst options.

However, Medina confirmed that Pathfinder buffs are in the pipeline when responding to a parody tweet. Don’t be fooled into thinking the original tweet was also written by Medina, as that’s not the case. Twitter user ‘SelfMadeJimar’ changed their display picture and name to match Medina’s account and tweeted a list of buffs Pathfinder fans want to see.

He’s gonna get some love soon

Medina originally responded with a gif of Will Smith saying “that’s some funny shit”, but replied again to confirm that Respawn Entertainment is keeping Pathfinder in their thoughts.