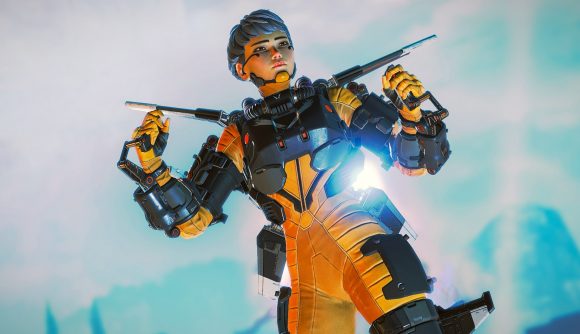 Apex Legends has always been a game filled with unintended exploits and mechanics. While some get patched away, others live on as legitimate aspects of the meta. Some of the most controversial often revolve around movement – we’re sure you all remember the uproar and debate around tap strafing. Well, there’s a new movement technique in town, and it’s definitely going to cause some frustrations if more players learn to master it.

As spotted by Dexerto and first revealed on the r/Apexrollouts subreddit a couple of weeks ago by a player in a test build of Apex Legends, “mantle jumping” is a new movement technique that lets you perform a massive, speedy jump when moving towards a ledge that you would usually mantle and clamber up.

This has now been replicated a few times by other players, and it seems to be slowly catching on, as this viral post from June 28 demonstrates. Mantle jumping seems particularly effective when going up ziplines and trying to challenge teams that are set up at the top of buildings.

With World’s Edge being chosen as Season 13’s Split 2 map in Apex Legends ranked, this could be a devastating strategy as the map is littered with these kinds of ziplines and multi-storey buildings.

It’s a bit of a complicated process to nail (the original Reddit post can guide you on how to do it) but if you practice the art of mantle jumping, you too could be breaking some ankles and twisting some necks this ranked split. It might not be quite as overpowered as tap strafing used to be, but it could give you an advantage when you need it.

If you’re diving into some ranked games, be sure to check out our Apex Legends tier list to see which legend you should be taking into battle.