Apex Legends’ most recent Limited Time Mode, Locked and Loaded, ends today – but I’ve had more fun than ever before. Even after developer Respawn extended the event by a week, it’s all I can think about and all I want to play. Why? Well that’s mostly down to the game’s worst shotgun.

Locked and Loaded sees players drop into Kings Canyon and Olympus armed with a complete level one set of equipment: helmet, Evo Shield, backpack, and knockdown shield as well as a Mozambique with grey shotgun bolt. Every other piece of level one equipment is also removed from the loot pool.

The humble Mozambique – which sits very close to the bottom of our Apex Legends weapons tier list – becomes your best friend, your trusted confidant, and your saviour. A weapon players would usually avoid at all costs (or ping for a meme) puts everyone on a level playing field from the get-go, and dropping hot now relies less on RNG and what weapons spawn in your building, and more on mechanical skill.

If you spawn on Hammerpoint Rounds, however, it’s all over. Attaching the epic hop-up increases your damage output against unshielded enemies, meaning you can hit opponents for a potentially lethal 153 damage with a well-placed headshot. Admittedly, landing immediately on Hammerpoint Rounds is a rare occurrence, but when it comes off you feel like the hero of the movie that is your Apex Legends match.

After the initial drop, Apex Legends Locked and Loaded games play out in largely the same way as regular matches. You don’t really notice the lack of level one loot, and you still have to engage in careful firefights and judge where the zone will pull – it just eliminates the randomness from the initial drop. 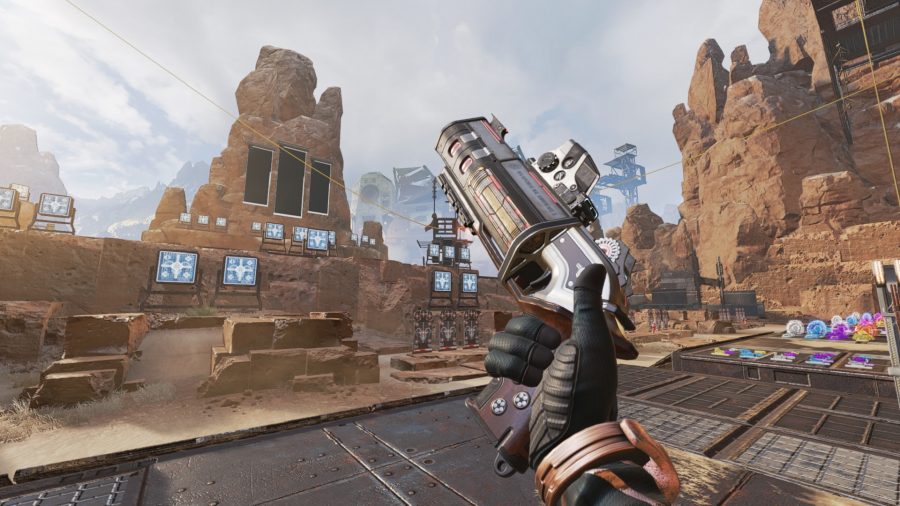 This in turn encourages players to hot drop, or at least not wait until the very end of the flight path. If you’re solo-queueing, this means that potentially unresponsive teammates might think twice before taking you to an abandoned POI, leaving you far from the action. That means no more boring beginnings to matches and no more spending minutes running to stay inside the safe zone.

Now I know this is hardly a hot take – Locked and Loaded is a fan favourite game mode – but Respawn’s lead designer Daniel Klein has actually addressed calls to make it the permanent standard mode for games, saying that the team is “considering” the request, but that he is “a little worried about shortening the loot loop.”

I’ve got the easy answer, however: don’t remove the level one loot from the loot pool! The best thing about Locked and Loaded is not the fact you find higher tier loot, it’s that you drop into matches on a level playing field with your competitors, ready to pump out shotgun shells and level up your Evo Shield.

In the Apex Legends Global Series – the competitive side of Respawn’s battle royale – most teams drop in separate locations to loot and size up their opponents. It is rare that even larger POIs are contested, resulting in a tense but quiet start to most matches. Giving the pros a Mozambique and a shield each could result in more contested locations and more exciting moments in the early stages of games – and could cause some wild upsets, too.

After all, the Evo Shields themselves started life in the Deja Loot LTM and look at how they’ve grown to be a staple of the game. You can’t imagine the game without them these days.

So all I’m asking is for Respawn to strap a shield to my body and slap a Mozambique in my hand in every match I play for the rest of my life. Is that so difficult?