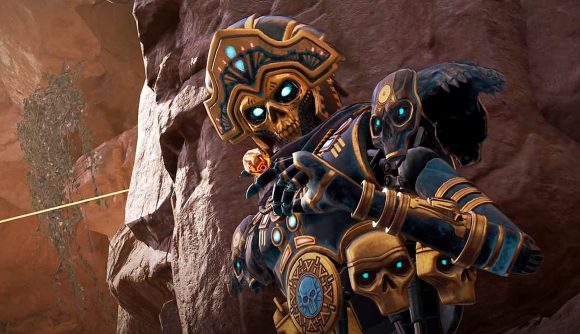 Apex Legends will be joining fellow battle royales such as Call of Duty: Warzone and Fortnite in becoming cross-platform to enable players on consoles and PC to play together.

During yesterday’s EA Play Live, Chad Grenier, game director at Respawn Entertainment, dropped the announcement that many Apex Legends players have waited for for some time: that cross-play was coming this year. Although a specific date wasn’t confirmed, Grenier promises fans that cross-play in Apex Legends will be arriving in fall 2020.

Alongside the cross-play announcement, it was also revealed that the game is expanding into new territory to entice even more players. Apex Legends is now available from today to download on Steam for PC players, and it will also be coming to the Nintendo Switch later this year as well. This means that PC, Switch, Xbox, and PlayStation Apex fans can all now compete with each other in Kings Canyon and World’s Edge.

Cross-play is something that has been on Respawn’s radar for some time, with Grenier and general manager Dusty Welch saying earlier this year that it was an “expected” feature of most multiplayer games these days.

In Apex Legends’ EA Play presentation there was also teasers for the next collection event, Lost Treasures, which will also feature the limited time mode Armed and Dangerous: Evolved.

This mode will see the shotgun-and-sniper-only mode return, but this time all shields are Evo shields and static respawn beacons are instead replaced by mobile ones that are carried as items by the players.