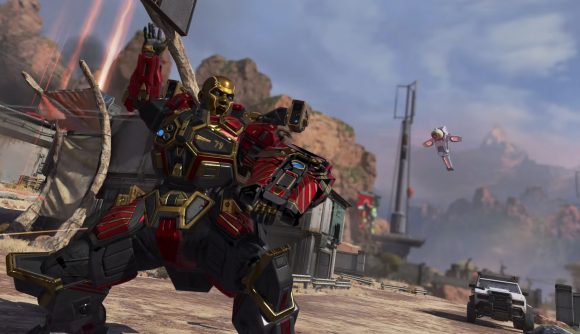 Apex Legends fans immediately got excited when Chad Grenier, Apex Legends’ game director, said that the Respawn development team was working on new game modes in an official blog post. In fact, his exact words were, “we’ll launch new ways to play the game that take us beyond battle royale.”

ALGS Commissioner John Nelson tells The Loadout that his team is looking to support Apex Legends with tournaments “across modes,” courtesy of the team that brings fans the current battle royale tournaments, the Apex Legends Global Series.

“Apex Legends, at its core, was created to be a competitive game,” Nelson tells The Loadout. “So across modes, my team is looking to support the game with tournaments. So, [I’m] really looking forward to being able to bring more styles of competitive tournaments to the game and to the community in the future.”

When asked to clarify whether that includes the non-battle royale modes mentioned in Grenier’s blog post, Nelson says, “since launch my team has supported new Apex Legends content with competitions, like Twitch Rivals. Apex Legends was made for competition and so in future seasons we’ll continue to offer opportunities like this for players to compete and viewers to enjoy.”

Nelson did not elaborate further on what styles of competitive tournaments we could see in the future as Respawn supplements Apex Legends with modes other than battle royale.

Whether the new ways to play include the datamined Apex Legends Arena mode remains to be seen, but fans are excited to find out what’s in store.

Nelson’s team is the hivemind behind the Match Point format which creates exciting endings to tournaments – as seen at the North American Winter Circuit Playoffs last weekend. The Playoffs peaked at over 200,000 viewers on Twitch according to TwitchTracker, showing the growth of Apex Legends esports ahead of the ALGS Championship in April.

The Loadout’s full interview with the ALGS commissioner is coming soon.