Apex Legends Arenas mode has finally been officially confirmed – first by replicant Ash in the Legacy launch trailer, and now in the full Arenas gameplay trailer which you can check out below. However, we’ve had a chance to jump into Arenas already, and are here to give you the full rundown on how the new game mode works, and have even had a chance to jump in and play a few matches ourselves.

Arena mode will pit one team against one other in a 3v3 format – taking the ‘battle royale’ element away from Respawn’s hit FPS game. As Apex Legends is one of the best battle royale games, this could be seen as a risky move, but Arenas adds another competitive mode to the mix, with considerably less looting and a bigger focus on the shooting. Of course, different legends and abilities have also been thrown into the mix. Respawn is truly taking us “beyond battle royale,” as the developer teased so long ago.

Apex Legends Arenas mode will release on May 4, with Season 9: Legacy.

Apex Legends Arenas mode starts with the character selection screen: pick your favourite legend who you’ll stick with for the whole match – even if it goes the full nine rounds. We imagine lots of people will pick the new addition to Apex Legends, Valkyrie, early on, but check out our Apex Legends tier list for an objective analysis of who deserves your pick.

After that, you enter the Buy Phase – think of CS:GO or Valorant – where you’ll need to pick your weapons for the round. Each weapon costs a different amount of materials, so the better the weapon, the more it costs. Naturally both the P2020 and the Mozambique are free, so you can always grab one of them as a secondary if you’re running low on cash.

In later rounds where you’re granted more materials, you can also upgrade your weapons. Each upgrade gives you a tier of would-be loot, so upgrading your P2020 once would give it a common (grey) extended light magazine and a 1x sight of your choosing.

Be the best: our tips for climbing the Apex Legends ranks

You can also pick up health, grenades, and, crucially, abilities, at this point. You see, no matter how long your tactical ability would usually take to recharge, you only get to use it once or twice per round in Arenas – depending on the ability in question. However, you can spend precious materials to unlock further uses of your tactical ability, as well as purchasing a single use of your ultimate, although this is pretty expensive so you won’t likely see any ults popping off until the final rounds.

How do you earn materials? Well you’re guaranteed an increasing number before each round, and then you receive bonuses – like in CS:GO and Valorant – for winning a round, getting kills, and picking them materials up from glowing containers. Materials from these containers are shared out among the team, but kill bonuses are awarded individually. As well as receiving more materials each round, your helmet and armour automatically increase by one level each round, free of charge.

The matches themselves are simple. Hop into one of the maps (more on them later), and simply kill all three members of the other team, much like you would in a 1v1 in the battle royale mode. However there are a few big differences: you can’t loot weapons from the ground or supply bins, you cannot respawn (although you can be revived), and there are no third parties.

To win, you’ll need to claim three rounds. However, you must win by two clear rounds. So, if it’s 2-2 after four rounds, you enter a tiebreak until one team is two ahead of the other. This goes on until eight rounds have been played, and, if things are still level there, a final ninth round, known as Sudden Death, is played. 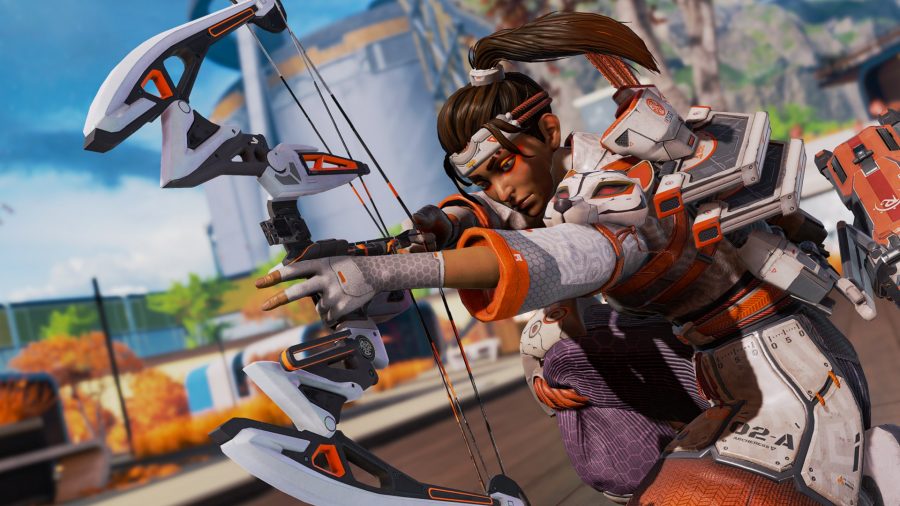 Now that Arenas is a fully-fleshed out, confirmed mode, there are no more teasers, right? Wrong.

Apex Legends’ game director Chad Grenier said that Apex Legends Arenas ranked mode will be on the way “in a later update,” in a press conference which The Loadout attended. The ALGS commissioner John Nelson also told The Loadout that his team would look to support any future modes with competitive tournaments – so expect to see some Arenas tournaments in the future.

While we have no more information at present, we’ll keep this section updated with anything more we hear about the future of Arenas mode. 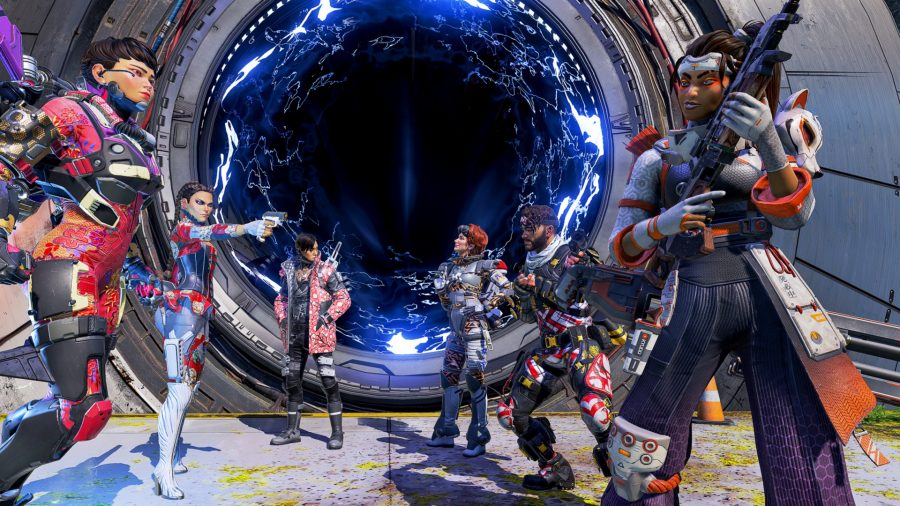 Contrary to what early datamines suggested, Arenas matches will mostly take place in custom maps built especially for the mode.

The first custom map is Phase Runner, an abandoned version of the giant portal that zips you across Olympus. This map – or arena, should we say – is quite green and vibrant, albeit dilapidated, and the working Phase Runner prototype can create instant battles as teams push towards the centre.

Why would teams starting on opposite sides of the map push towards the centre, you ask? For starters, to avoid the ring. It does pretty hefty damage if you’re caught in it, so you don’t want to rotate too late. Second of all, there is a small amount of loot in each Arena – but only meds. There is usually one loot bin on each half of each map, which contains a med-kit, two shield batteries, and a phoenix kit. Furthermore, halfway through each round a supply drop will land on one side of the map, giving the quickest team access to three fully-kitted weapons. 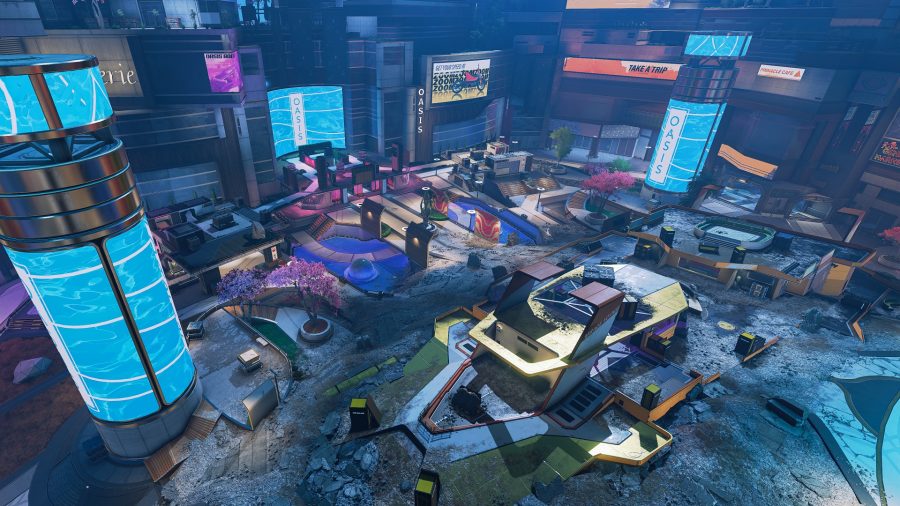 The second custom map is Party Crasher. Mirage sadly crashed his beloved party boat Mirage Voyage into a downtown plaza. The name makes sense now, right? This location has a bit of an Olympus feel – if Olympus had fallen, that is. One side is populated by ruined buildings, and the other by the remnants of Mirage Voyage. Party Crasher is a bit darker, and the centre of a map is uphill from the spawn points, forcing you towards the fray just to know where your enemy is.

Respawn’s lead level designer Dave Osei said at a press conference that the team is “committed to making more custom maps in the future, [but] those take a while to create. So in the meantime, we’ll be filling in our locations of battle royale to bolster our playlist.”

The three locations are: Artillery from Kings Canyon, Thermal Station from World’s Edge, and Golden Gardens from Olympus. One of these three maps will be in the Arenas rotation at any one time, along with the two custom maps. The battle royale map in rotation will change every two weeks. 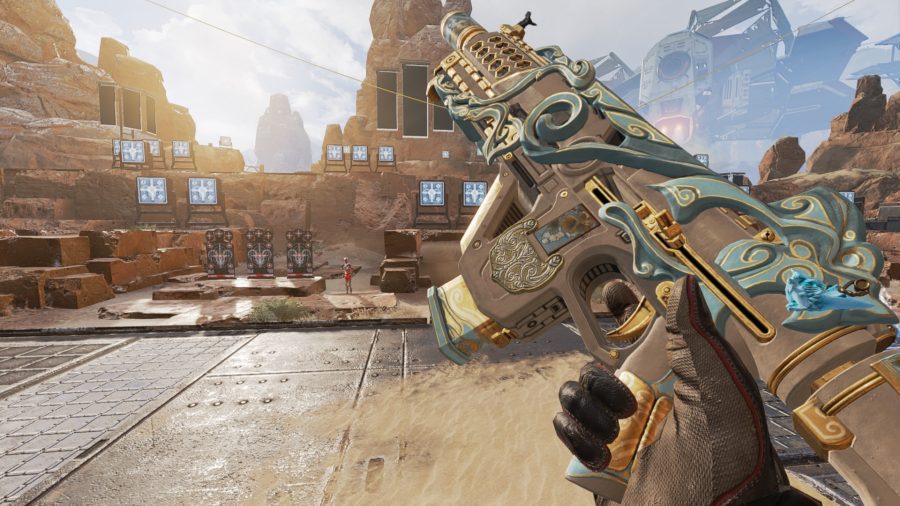 While the best weapons largely correlate with our Apex Legends weapons tier list, each comes with a material cost in Arenas mode. Here’s the full breakdown:

Here’s what the mid-range weapons will cost:

And here’s how much the long-ranged options cost:

That’s everything you need to know about Apex Legends Arenas mode! We’ll keep this updated as we play more.