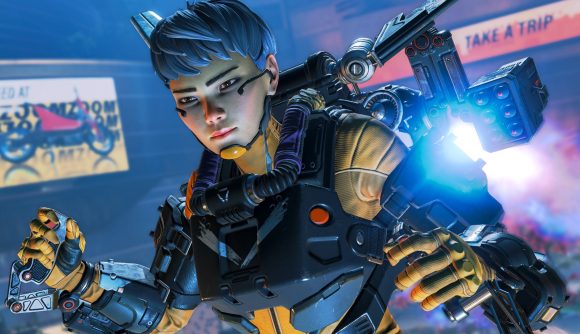 Following yesterday’s update, which nerfed the new Bocek bow and Spitfire and fixed a number of known issues, players of the battle royale have been reporting something that never made the Apex Legends patch notes: they’re getting banned for no reason.

Swathes of players took to social media to report false bans, which were preventing them from logging in. While timing out from a server or going AFK were being reported as potential reasons for the bans, some players were reporting bans being issued mid-match with no inactivity. It was a real head-spinner – but according to a tweet from EA’s support account, the issue appears to now be under control.

The tweet declares that EA has “fixed the login issues some of you were having with Apex Legends,” but some are still claiming they are locked out of their accounts due to bans caused by the issue. The general consensus is that if the issue keeps persisting, ensure you have fully restarted your game and system so you can fully log back into the servers. If you’re still locked out, you should follow the steps on EA Help’s official page about banned or suspended accounts – or you were genuinely doing something ban-worthy (tut tut).

These issues appear to have only been occurring for PC players on Steam or Origin, so console players should not be experiencing any problems.

We’ve fixed the login issues some of you were having with #ApexLegends – thanks for your reports!

Whatever the issue, EA and Respawn will hope that it isn’t one that returns.

If recent datamines are anything to go by, the ban system in Apex Legends is destined for some changes in the future, with options such as “smurfing” and “stalking” seemingly being added as reasons to report a troublesome player.