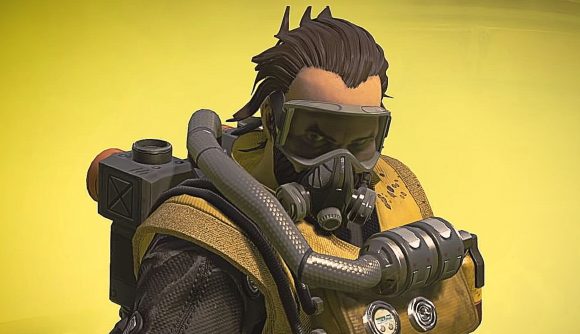 You may remember that not too long ago a clip did the rounds of an Apex Legends player baiting enemy squads into toilet blocks and wiping them out using only Caustics gassy abilities.

Well, he’s back. And this time he’s using the vaults that were introduced into Apex’s World’s Edge map as his bait for getting that sweet squad wipe. A new video posted to Reddit by the Caustic trap master himself, ‘Beanbag1992’, shows him tempting enemy teams into the vault that’s located in the tunnel linking The Train Yard and Fuel Depot.

Beanbag and his teammate leave some lovely-looking loot and a Vault Key outside the door of the vault to lure teams in while they wait above on a steel beam which – as he explains in the thread below the video – they reached using Octane’s jump pad. Once all members of the team are inside, he jumps down, launches Caustic’s gas traps and grenades into the Vault and traps them inside.

This sinister but impressive method is one of the only ways to get a squad wipe using Caustic. He is one of the least popular legends in the game, with only Gibraltar being picked less often according to play-apex.net.

Beanbag can be heard in the clip chuckling away while watching teams get baited in by the vault keys and saying: “Take that shiny key to your demise!”

The Key To Your Demise from r/apexlegends

The post has over 3,000  already, so quite a lot of people have been reminded of Caustic’s capabilities. Beware of any tempting looking loot conveniently left outside of vaults as there could be someone lurking above ready to send your squad to a rather toxic end.