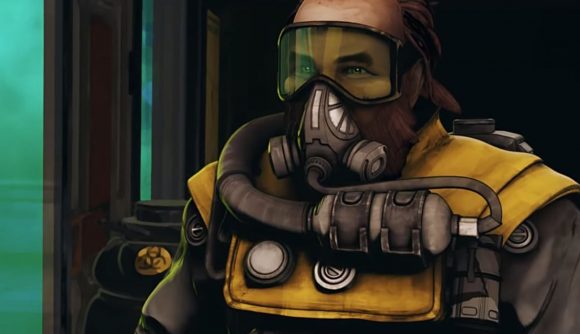 An Apex Legends player has managed to take out an entire squad playing as Caustic – using only his gassy abilities.

The comical clip – posted by Reddit user Beanbag1992 and crudely titled ‘Don’t Forget To Wipe’ – sees the him lurking high in the roof of a building, luring an enemy three man squad into a toilet cubicle with loot and a downed teammate, and then launching a Gas Trap into the doorway, blocking them in. He then uses his Ultimate Ability to throw a Gas Grenade into the cubicle too, seeing all three players drop in just a matter of seconds as a result of the – erm – toxic fumes.

Not only is the squad wipe rather funny, it’s also a pretty impressive feat. Caustic is one of the least selected legends in the game and is only picked by 3.6% of players, according to Play-Apex.net. Caustic players very rarely deal high damage and the character is often used as a more tactical choice in a team, so to see a squad wipe using his abilities alone is extremely rare.

In the clip, BeanBag and other members of his squad go wild, yelling “we did it! We finally did it!”, suggesting this had taken quite a while to achieve.

Don’t Forget To Wipe from r/apexlegends

A video on BeanBag’s YouTube channel shows that he had been practicing for some time and managed to get single or double eliminations using the method, but finally achieved the holy grail of the full squad wipe.

So remember, next time you see a treasure trove of loot in a toilet block, you might want to check above for a lurking Caustic before you’re met with a rather gassy end.