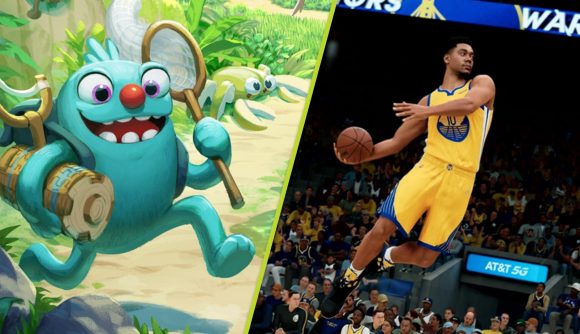 Another month goes by, and another batch of great games are added to Game Pass. April 2022 saw PC and Xbox Game Pass bring in 11 new titles to the service, ranging from exciting day-one releases to some golden oldies. The Loadout’s trusty calculator has been dusted off once again to work out the value of all of April’s new games, and the results are in: last month, Game Pass Ultimate subscribers saw $445 of games hit the service.

While there weren’t many big blockbusters to shout about in April, Game Pass did get two popular sports games: there was a day-one release for MLB The Show 22 and NBA 2K22 also hit the service. These two games alone make up $140 of this month’s total value. Bugsnax also wiggled its way onto the Xbox platform and immediately landed in the Game Pass library. April also saw the addition of the world’s best-titled game: Turnip Boy Commits Tax Evasion. Awesome.

April’s total value is the second highest we’ve seen this year – January still reigns as 2022’s best month in terms of newly added games, with $488 worth of goodies.

April’s haul of new games puts this year’s rolling total to over $1,700.

However, as Game Pass subscribers know all too well, it’s not just the additions you’ve got to look out for, as each month a handful of games will leave the service too. April’s major loss was Destiny 2 and three of its past expansions: Forsaken, Shadowkeep, and Beyond Light, which are collectively worth $60 as part of Destiny 2’s Legacy Collection.

The total value of the eight games that left Game Pass in April comes in at $166.94. It is worth noting though that there are no current prices listed for old sports games F1 2019 and MLB The Show 21, which are delisted from the Xbox marketplace.

According to Xbox Wire blog posts, Secret Neighbour and The Long Dark were also set to leave Game Pass last month. However, at the time of writing, both games are still up on the service for both console and PC. It is unclear why they have not been removed.

This month is shaping up to be a big one in comparison to April, with the list of Game Pass May free games already looking stacked with the likes of Sniper Elite 5, NHL 22, and Trek To Yomi.