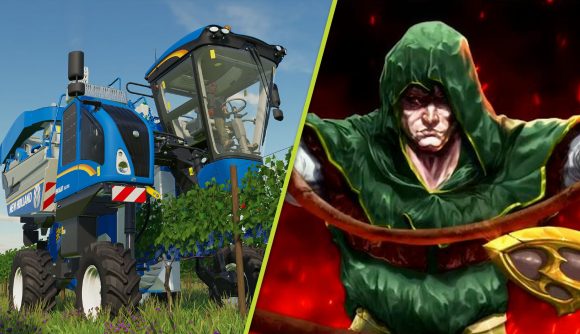 The latest batch of new games for Xbox and PC Game Pass have been announced, and this week alone we’re getting six brand new additions across the service including Jurassic World Evolution 2, Vampire Survivors, and Farming Simulator 22.

From today, the aforementioned Jurassic World game will hit Xbox Game Pass and PC Game Pass, along with a day one release in Umurangi Generation Special Edition and the game preview build of Little Witch in the Woods. PC Game Pass also gets an extra PC-only game today: Her Story. The original Skate game, which is part of EA Play, has also now been given Cloud support.

Later this week, there are even more goodies. The addictive Farming Simulator 22 will hit the service for console and PC on Thursday, May 19, and excellent survival game Vampire Survivors is also getting added to PC Game Pass on the same day. That’s a whole lot of new games to tackle – but that’s not all May has to offer.

Later in the month, fans can get day one releases in the form of Sniper Elite 5 (you can check out our initial thoughts on the shooter in our Sniper Elite 5 preview, if you fancy) and Pac-Man Museum+.

There’s no stopping the Game Pass train at the moment when it comes to new additions, which is now all the more important after Sony revealed the first lineup of games that will be available to PS Plus Premium subscribers when it relaunches its subscription service next month.

For the full list of comings and goings on Game Pass this month, check out our comprehensive rundown in our Xbox Game Pass May 2022 free games guide.