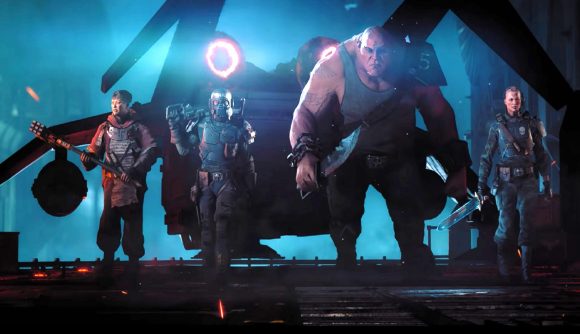 Fans of the upcoming grimdark shooter Warhammer 40K Darktide have been kept in a darkness as black as the franchise’s setting, but that’s all changed now Fatshark has released more details on what to expect when the release date rolls around. Dynamic is the buzzword here, but it’s also going to be more similar to something like Destiny 2 in some respects than its own progenitor Vermintide.

Speaking in the latest issue of Edge magazine (Edge #372), numerous Darktide developers outline how Darktide is going to evolve on the gameplay seen in their previous Warhammer games, Vermintide, and how it’s not just going to be a copy and paste when the series goes from fantasy to futuristic.

One of the most notable changes is to how the campaign is structured. In Vermintide, there was a set campaign with set missions, but in Darktide we’re getting a dynamic, live service-esque campaign that will continue each week as your group of four misfits explore the game’s world in a meta narrative similar to how Destiny 2 is presented. You will still embark on missions, but we’ll see them added and changed over time based on what’s happening in the meta story.

The dynamic dialogue system seen in Vermintide is back in a more enhanced way, too, with over 75,000 voice lines. Your standard fare of characters yelling that they’re reloading to one another automatically will return, but Darktide will also feature more nuanced dialogue that changes based on the class, race, and role of person you’re talking to, your character’s level within the team, how successful you were on previous quests, and even the team’s composition. ”It’s one of the most intricately implemented things we have in the game,” narrative director Marten Stormdal says.

Lastly, the way combat is dealt with is based on an expanded version of a Left 4 Dead Director-esque system. “The game is constantly tallying how fast players kill enemies, how many they’ve killed, where they’re killing them, and how long since they previously killed things,” Andersson says. The system goes so far as to recognise the weapon loadouts of your team and who is taking damage to modify enemy behaviour so that the game remains fun. “We anchor it in the purpose of wanting players to have a good time,” combat designer Mats Andersson explains.

Warhammer 40K Darktide is launching on Game Pass on day one, but its release date has been pushed back to late summer, so we’ll have to make it through the next few months before taking on the forces of Chaos.