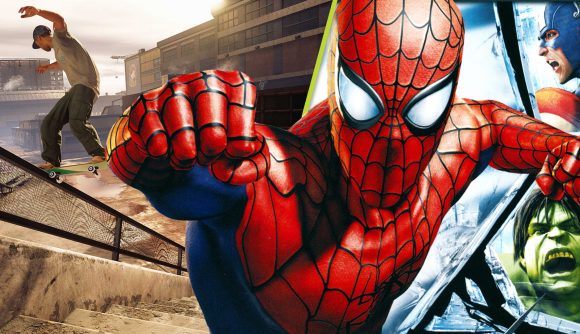 After a storied 30 years in business, Vicarious Visions – the superstar development team behind many of your childhood favourite Shrek, Spongebob, and Crash Bandicoot handheld games – has officially merged with Blizzard and changed its name to Blizzard Albany.

The studio, founded in 1991 by brothers Kathrik and Guha Bala, who would later leave the company in 2016, was acquired by Activision back in 2005. Since the acquisition, the dev team has been hard at work providing support for many of Activision’s non-Call of Duty franchises, having worked on such iconic brand names as Guitar Hero, Skylanders, and even Bungie’s Destiny 2.

After Bungie’s deal with Activision was terminated back in 2019, Vicarious Visions was tasked with developing remakes of popular PlayStation 1-era games for modern consoles, resulting in its spearheading the excellent Crash Bandicoot N. Sane Trilogy and Tony Hawk’s Pro Skater 1 + 2 ports. Since then, reports of Vicarious’s impending merger was announced by Blizzard, and its involvement in last September’s Diablo II: Resurrected seemed to confirm the deal was all but done.

In the wake of allegations of a hostile work environment at Activision Blizzard, some Vicarious Visions staff expressed concern about the company’s transparency prior to the merger, with one member admitting to Polygon they felt the company had “decided to blindside us all” with the news. Since then, Activision Blizzard has itself been poised for acquisition by Microsoft in an enormous move that is currently under review.

We've officially merged with Blizzard Entertainment. Our development team will remain in Albany, NY and fully dedicated to Blizzard games. We invite you to follow us @Blizzard_Ent

Still, it’s been a long road for the Albany-based developer. Prior to acquisition from Activision, Vicarious Visions’ output mainly consisted of licensed tie-in handheld games for popular television and film releases, like Power Rangers and Spider-Man, ensuring that any Game Boy Advance player under the age of 12 would come to recognise the company’s logo as keenly as they would the good intentions behind any grandparent or estranged uncle’s birthday giftings.

With their place within Blizzard now secure, and many a fan’s eyes looking towards the gaming giant’s future output with big franchise sequels like Overwatch 2 and Diablo IV still on the horizon, the end of Vicarious Visions and the beginning of Blizzard Albany comes at a critical time which could result in some pivotal support for these long-gestating games.