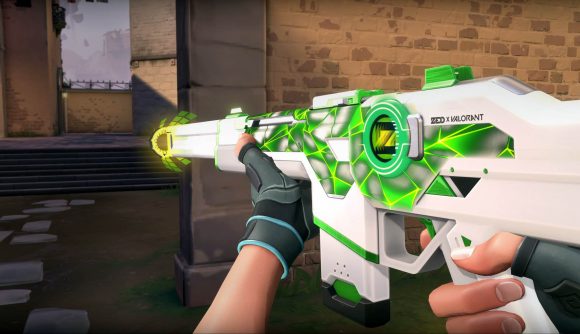 Valorant continues its line of skin partnerships with the newly announced Zedd Spectrum skin line. Partnering with the electronic DJ, Valorant’s Spectrum skins are driven by a design focusing on audio visualisation, and a sci-fi colourful aesthetic, but it won’t come cheap.

Isaac Kikawa, senior sound designer on Valorant, says that the goal when creating the Spectrum skin line was to “take Zedd’s sound vision and implement it into Valorant so that it matched our aesthetic and gameplay parameters.” Zedd sent sound designs to Kikawa and they would then adjust the frequency and volumes to fit the gameplay environment.

Zedd, who is an Immortal ranked Valorant player himself said in a press release that when he first got his hands on Valorant he “pretty much stopped playing all other games.” The DJ was reportedly keen to collaborate with the team on a skin line as he is a huge fan of the game.

The Spectrum skin line will release tomorrow, September 8, 2021, and includes skins for the Phantom, Classic, Bulldog, Guardian, and Waveform melee, alongside a ZEDD Gun Buddy, and Spectrum Card and Spray. 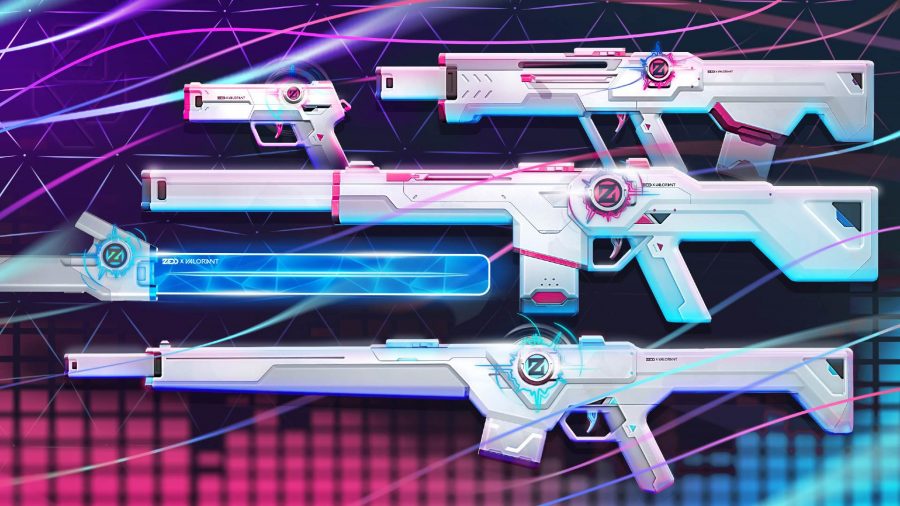 But how much will the Zedd Valorant skins cost? The full bundle comes in at 10,700 VP, which means you will have to pay a jaw-dropping $99.99 for a pack of 11,000 VP. This makes the Spectrum skin pack the most expensive skin pack so far for Valorant, with the closest being the Elderflame pack which was already 9900 VP.