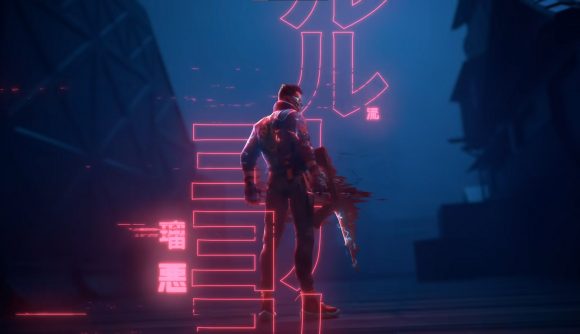 Last week saw Valorant Episode 2 drop, and with it new agent Yoru. As with any new character addition, there’s always a chance that it may ship with the odd bug that the testers didn’t come across. In this Yoru bug’s case, it requires precise timing, resulting in a very unfortunate outcome for any player stung by it.

In a clip uploaded to Reddit by u/amcaaa, the player sets his (E) Uninvited Guest, before advancing into the fray. By using his (X) Spatial Drift, Yoru makes himself invisible, granting him the ability to scout ahead and pick out enemy locations. Deep behind enemy lines, amcaaa reactivates Uninvited Guest, which then teleports him back to his original location. Well, at least that’s what should happen.

In this instance, amcaaa recasts Uninvited Guest just as the window to do so expires, resulting in the player clipping through the map. Ouch. Confused Redditors have posited two possible ways this could have happened. Firstly, as the point to teleport back to expired and phased through the floor as Uninvited Guest was reactivated, amcaaa ended up clipping below the map with it. Secondly, the orb may have found its way into a position which amcaaa wouldn’t be able to access normally, again causing them to clip.

A second clip was posted to the thread, showcasing Twitch streamer ‘iSachman’ experiencing the same issue.

Again, we can see iSachman dropping below the floor after teleporting as Uninvited Guest expires. Whatever the cause of the bug is, players are eagerly awaiting a fix.