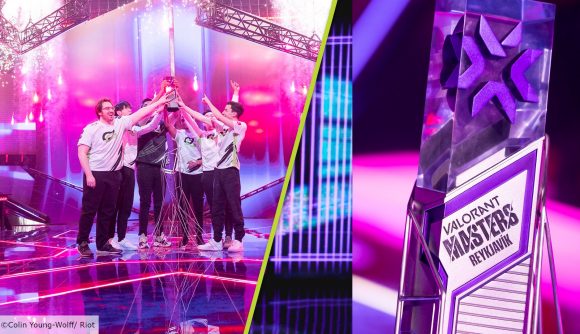 The Valorant Champions Tour returned to Reykjavik, Iceland last month for the 2022 VCT Stage 1 Masters, with the competition split across two venues. However, according to one of the star players on Reykjavik champions OpTic Gaming, the first venue had a significant issue – players could hear opposition call outs due to its small size.

Speaking on CS:GO star Tarik ‘tarik’ Celik’s stream, OpTic’s Jaccob ‘yay’ Whiteaker spills some “juice” about the VCT Masters event, claiming that the situation in the first venue during the early rounds of the tournament was less than ideal. “Before we [went on to] the next stage, you could literally hear, sometimes, the other team,” yay says to the shock of tarik. “I’m not even trolling, we would have white noise and stuff in [the venue], but if you were loud enough, I would hear people yelling calls.”

He also claims that he would often try to use this to his advantage. “I did have a strat in there at one time,” he says. “I’d tell my teammates ‘yo, go A’, but I’m gonna yell ‘go B, go B!’… It was like mind games.”

The stage layout in the venue for the early rounds of VCT Masters Reykjavik was far more compact than the larger venue that was used for the latter stages. tarik and yay explain that Riot apparently couldn’t use the desired, larger venue for the whole tournament as it was already booked out, so had to find an alternative.

yay confirms that hearing callouts was not an issue after the competition moved to the bigger venue with the more spread out stage. He also says that this feedback has been passed on to Riot and that the developer knows about the issue.

While this is something that all teams will have likely experienced, and won’t have just benefitted champions OpTic, it is not ideal to be able to hear any kind of callouts that are external from your own team.

While the host city and venue for the VCT Stage 2 Masters hasn’t been revealed yet, the feedback from Reykjavik should mean this issue won’t crop up again.