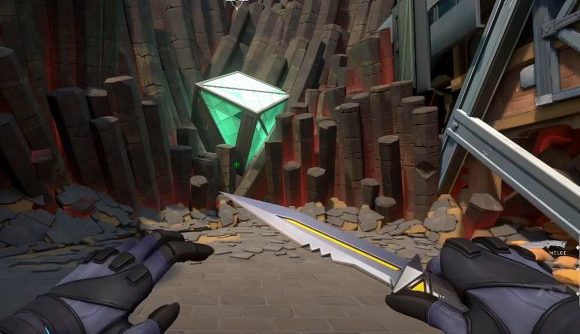 The character design lead for Valorant has promised annoyed fans that the frustratingly unpredictable knife is on Riot Games’ list of things to fix.

Initially spotted by Dot Esports, in a response to a disgruntled player’s clip of multiple slashings failing to connect with an opposition Sage, Ryan ‘Morello’ Scott admits that the Tactical Knife is “really shitty right now” but promises that it’s on Riot’s radar and “something we definitely want to fix.” Players have been struggling with the Tactical Knife’s inconsistency when trying to get up close and personal, with its delayed swinging and stabbing animations making it difficult to regularly connect with an enemy player.

While the knife is in no way meant to be as strong as the arsenal of firearms in the game, Valorant players still want it to be a viable option, either for some super sneaky stealth plays or some audacious clips for the old highlight reel.

Knife is basically really shitty right now. Something we definitely want to fix

Sure, there are some out there who have mastered the timing of the knife, and they will simply tell you to “git gud.”

But for a lot of players it is a tall order to get to grips with it, especially for those who may have migrated over from Counter-Strike: Global Offensive where the knife is somewhat snappier.

And let’s be honest, if the devs are calling it shitty, it’s gotta be a problem.