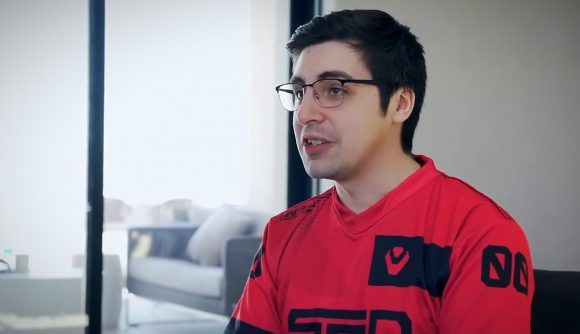 The return of streamer and widely proclaimed FPS king Michael ‘shroud’ Grzesiek to top-tier competitive play has been highly anticipated, and the viewership of his first Valorant Champions Tour match with Sentinels proves just that.

On August 4, shroud made his official debut with Sentinels against The Guard in the first match of the VCT North America Last Chance Qualifiers – the only remaining way for NA teams to book themselves a spot at Valorant Champions later this year.

While he may not have had an instant impact on the team’s performance, with Sentinels going down 2-1 to The Guard, it’s clear that the ‘shroud buff’ certainly affected viewership. According to an Esports Charts tweet, viewership for the Sentinels match peaked at over 585,000. Stats from the website itself actually show that the match peaked even higher than that, breaching the 600,000 mark, which is an impressive crowd for what was the first match of a ten-day tournament.

For context, shroud’s Sentinels debut drew in a higher peak viewership than any game at the recent VCT Masters Copenhagen major, with exception to the grand final between FunPlus Phoenix and Paper Rex.

While Sentinels did get knocked into the lower bracket of the LCQ, and the overall scoreboard didn’t reflect too kindly on shroud, he of course gave fans some classic shroud moments to get hyped about – the most notable being this disgusting three-piece to close out the first map on Breeze.

Should Sentinels now go on a lower bracket run, expect to see plenty more big crowds tune in to see what shroud can do next.