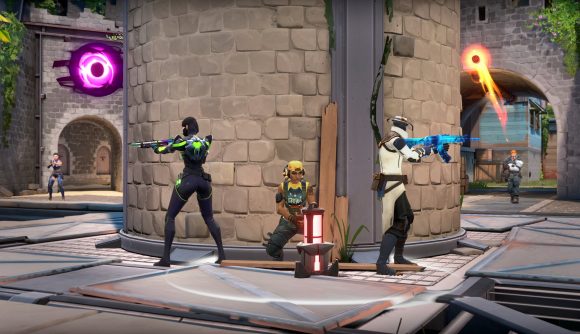 Valorant Champions Tour Stage 2 Masters is rapidly approaching, and Riot is not slowing down on the patch front. Valorant patch 2.09 has some subtle tweaks in store for both Viper and new map Breeze, among the usual array of bug fixes and system updates to ensure players have the best possible experience.

Viper received some much needed love back in patch 2.06, with the addition of decay to her Poison Cloud, Toxic Screen, and Viper’s Pit. When players came into contact with her abilities, they would instantly take 50 health damage, increasing the longer they stayed in contact with them. Once they left Viper’s abilities however, they would slowly begin to regenerate that lost health until they returned to their original state.

Thanks largely to these buffs, Viper has seen a huge growth in her play rate, both in competitive and pro play. In fact, according to Valorbuff, she currently has the highest win rate out of the controller class. To (toxic) rain on her parade, Riot has reduced Viper’s base decay damage from 50 to 30.

Patch 2.08 saw the introduction of the palm tree-laden Breeze map, which Riot feels is a few coconuts short of a shy. As such, on patch 2.09, vision of the gaps above Mid-Wood Doors and A Metal Doors has been blocked, while some of the jankier player collision interactions have been smoothed out.

Additionally, a number of exploitable spots around the map have been fixed, while an issue where players could sandwich themselves in between Sage’s wall and the mechanical doors has also been remedied.

For players taking advantage of Tournament Mode custom games, a new tactical timeout feature has been added. Two 60 second timeouts may now be called per game, per team, freezing the action for its duration. If a technical issue arises, the standard ‘pause match timer’ option can still be used.

Much has also been done in this patch to improve the spectator experience. Chiefly, the visual synchronisation between bullet tracers and impact effects has been improved. This means Valorant esports fans will no longer see their favourite player drop before the bullet even reaches them. Furthermore, team colours have been added to things like placed agent abilities to ensure viewers can tell what belongs to who.