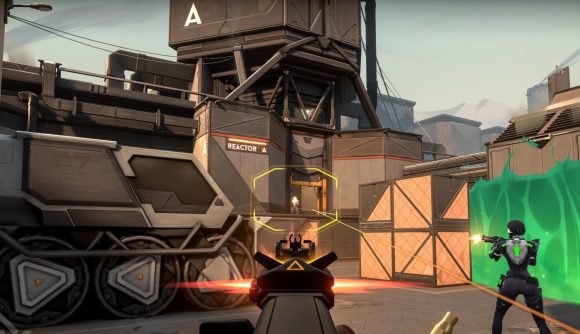 Amid all the excitement and discussion surrounding Valorant, Riot’s upcoming tactical multiplayer FPS, there were reports of a crossover between it and League of Legends in terms of in-game skins and cosmetics. Unfortunately, these rumours have since been denied by the studio, according to a new report.

It was previously believed that Urf-themed weapon skins and weapon charms would be in Valorant, bringing some of that manatee magic to the 5v5 tactical shooter. However, IGN Nordic reporter and Valorant YouTube creator Nick ‘Qwixzo’ Nijland has since confirmed that what he was originally told is not true, with Riot stating there’s no intention of crossing LoL and Valorant over at the moment.

Qwixzo made a Reddit post saying that Riot contacted him directly to clarify that there won’t be anything League-themed in Valorant. “They are not planning to bring URF or any League of Legends affiliated items to Valorant,” he writes. “They want to make clear that Valorant will have no ties with League of Legends whatsoever.”

One, small part of the initial rumours is true: there will be NERF guns, they just won’t have the ‘URF NERF’ wordplay we’d hoped they would. “The game will get NERF skins for their guns, but they won’t be inspired by URF,” Qwixzo says, before going on to apologise for any misinformation and misunderstanding he ‘s caused.

We’ve had a steady drip of gameplay information regarding Valorant since it was revealed earlier this month. We learned there’ll be around ten agents at launch, cosmetics won’t be sold through loot boxes, and Riot are open to expanding the game’s modes post-launch.

The confirmation that there will be no ties at all between Valorant and League of Legends will be disappointing for fans of Riot’s MOBA, but it is also encouraging to see that the game’s developers are confident enough that it will succeed of its own accord that they don’t need any help from anything LoL-inspired.