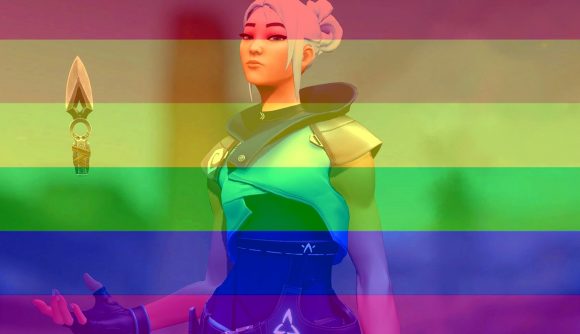 Happy Pride Month, Valorant players! Riot Games’ tactical shooter might not have any agent skins, yet, but you can express yourself in-game through a selection of cosmetics – things like player cards and weapon skins. If you’re looking for a bit more LGBTQIA+ with your Deathmatch, you’ll be pleased to know that you can get your hands on some free Pride-themed cosmetics with the Pride Bundle.

You’re only going to be able to pick this Pride bundle up during the aforementioned time period, but the cosmetics inside aren’t going to expire. So, you can continue to show your Pride in Valorant all year long.

Riot Games’ Pride Bundle announcement was accompanied by a blog post on what the developer is doing to celebrate Pride month this year and how it will “continue to work towards creating inclusive spaces for all people”.

In the post, Riot Games highlights that “Players and Rioters come from a wide range of diverse backgrounds across many different communities” before explaining that fans can keep an eye out for “celebrations in many esports leagues as regional broadcasts and events will see Pride throughout”.

“ We want all players to feel their identities are represented. No matter where you live, who you are, or who you love, we want to make sure you can see yourselves while you play. Our champions and agents have their own identities which are representative of our globally diverse playerbase. “

Riot was recognised as one of the best places to work for LGBTQ+ equality in 2022 by the Human Rights Campaign and Rioters in LA will be participating in the West Hollywood Pride Parade, Rioters in Brazil will be putting on a series of tournaments championing players from LGBTQIA+ communities, and Rioters in other parts of the world will be hosting a Virtual March for Pride throughout late June and early August. Expect more information on this nearer the time, though. 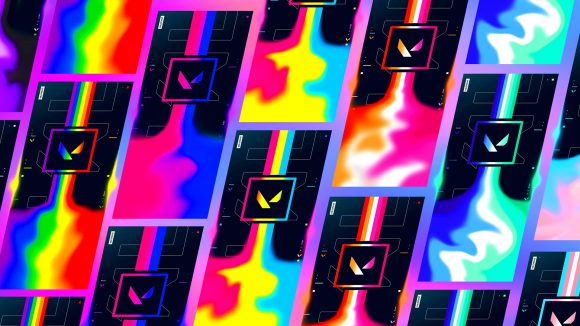 If you’re looking to start climbing the Valorant ranks, you’ll be pleased to know that you’ll be able to do it while showing your Pride. Now, go out there and hit Radiant – we know you can do it!