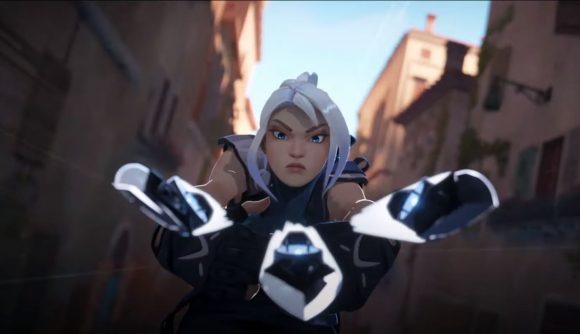 Valorant players have called for better options to purchase skins of their choice, instead of relying on Riot Games’ random rotation.

In Valorant, weapon skins can be purchased from the in-game store – typically divided between a special collection and a small selection of individual skins. Stock for the latter rotates every 24 hours at random, incentivising players to keep checking back to discover what’s new.

When it comes to waiting for specific Valorant skins to become available, however, or wanting to buy a skin you’ve missed, it can become a nuisance – especially if the Night Market isn’t open. Reddit user ‘sosl0w’ has suggested a very reasonable compromise to absolve the frustration, believing Riot should add a token at the end of each battle pass which allows players to go back and purchase any skin they’ve perhaps missed.

“I’ve wanted a specific skin for a while now and have yet to see it in my shop,” the post reads. “This would allow people the chance to get specific skins if they missed them from bundles or whatever but still making them earn it. It would also be another reason to buy the battle pass.”

At the time of writing, the post has received 2.3k upvotes – so it’s clearly an issue many Valorant players would like to see rectified. The Loadout has reached out to Riot for comment.

It could be in the interests of Riot Games too. The current stock rotation system is designed to give weapon skins some exclusivity, encouraging players to pick up skins before they disappear from their shop for good. When players are wanting to spend money on specific skins though, you’d think Riot would offer an avenue to make that possible.

If it gains enough traction, hopefully this will be something Riot could make possible in a future update during Valorant Episode 3. The first Act, released last month, added a new robotic Agent in KAY/O who can suppress enemy abilities – deadly in Valorant ranked.