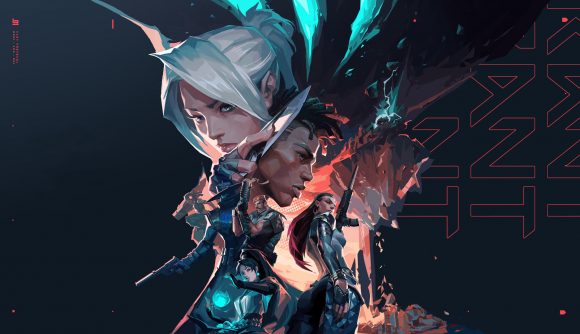 Valorant Act I has been a success. Riot’s new FPS is the talk of the gaming world and it continues to draw in players from other games like Overwatch and Counter-Strike: Global Offensive every day, with its hugely successful online tournament viewership.

Act II though promises not only a new agent but also new competitive changes which Riot has laid out in a new post. There are a lot of small tweaks that add up to a big rebuild of the way ranks will look, how accurate your MMR is going to be, and general improvements to how players are going to understand how Valorant MMR works.

It also finally details how season to season will affect player MMR, and how recalibration is going to operate. Spoiler alert, it’s only going to take you three new games after an Act ends to find out where your rank is, and your placement is going to be rather “conservative” as the developers say.

Let’s break down the changes and improvements together so we can all understand what’s next for the FPS.

First, the devs talk about the end of Act 1 and inform us that all that matters are your nine best wins of the act, and how many wins you’ve achieved overall, “so if you peak at Diamond but drop down to Gold, your act rank will only remember the good times”. The changes they have made can be broken down into these bullet points they provide.

Act Rank is also something Riot is introducing. Rather than your Act Rank reflecting, every game you’ve played, it’s a triangle that will fill up with smaller triangles reflecting the wins you’ve achieved at each rank. Riot’s example shows a player’s progress from placing in gold, and working their way up to Radiant, and what that would look like. If you win enough high-level games, eventually your lower level wins will be pushed out and your Act Rank will look more like a reflection of where you currently sit. 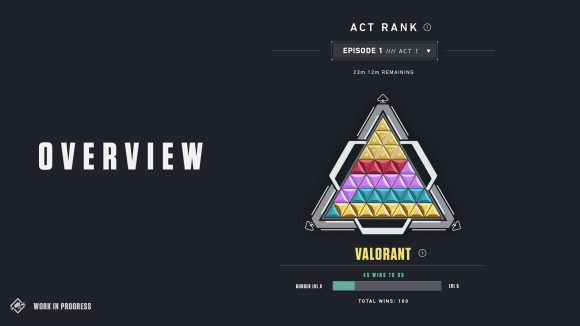 The border on your Act Rank will also change when you hit nine, 25, 50, 75, and 100 wins. The purpose of this system is so that Valorant friends will be able to inspect each other’s match history in an easy manner.

At the end of each Act, you will be awarded a Rank Badge which will display your top nine ranked wins and show off your proven skill. This will not apply to Act I as this system is being introduced so late that Riot doesn’t want players to feel like they didn’t know what they were getting into.

At the end of an Act, your Competitive data will be saved in your Career tab so you can see how your playing has evolved.

At the start of Act II, it’ll only take you three games to get a new rank, but it’ll be a “conservative placement” based on your MMR from the previous season. This is to ensure you can climb the ranks confidently and with ease at the start of Act II. This means you will probably have low Valorant ranks to start off with. Your performance in your early games will be taken into account though.

Finally, Riot wants to make sure you feel as if you’re informed in the ways the MMR works for Valorant, so they’re looking to improve that in their next steps, and welcome any feedback players have for the game in the future.

If you want to see the notes yourself, you can do so on Riot’s page.