Live streaming tool Streamlabs has announced that it is expanding its tipping tools, and is now offering an automated monthly tipping service – the Streamlabs Creator Subscription. With this system, 100% of every tip will go directly to the creator, and Streamlabs is also planning to add further incentives to use its solution further down the line.

“As the live streaming industry has grown, so has the need for a sustainable revenue model,” says Streamlabs’ head of product Ashray Urs. “Currently, most major streaming platforms provide viewers with a way to subscribe to a channel; however, they usually split the revenue from the subscription in half between the creators and platform.”

Streamlabs’ solution appears to be an automated version of its existing tipping model, which already gives streamers the full cut of the revenue, barring any processing fees. Viewers will be offered a redeemable alert once their subscription has been set up, which they can manually use to notify the streamer that they’ve subscribed.

Streamlabs says that extra features, such as leaderboards and badges, will be arriving in the coming weeks to reward and incentivise repeat subscribers. 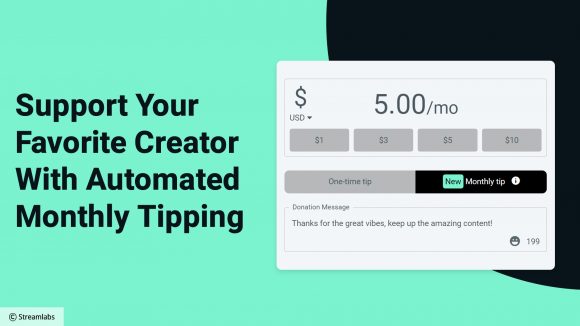 Some within the Twitch community are set to boycott the platform on September 1 as part of the ‘A Day Off Twitch’ campaign, which primarily aims to put pressure on Twitch to speed up its handling of the ongoing hate raiding of marginalised communities. Part of this campaign also seeks to secure an improved revenue cut for creators from subscriptions, with some creators having already implored their communities to support them through other platforms such as Fanhouse. Twitch currently takes 50% from each subscription.

On the back of the current climate, it seems that Streamlabs has provided a timely solution for those who wish to support their favourite creators without going elsewhere. One-off tips can already be sent through panels on a streamer’s Twitch page, so we’d imagine this expanded service will operate in the same way.