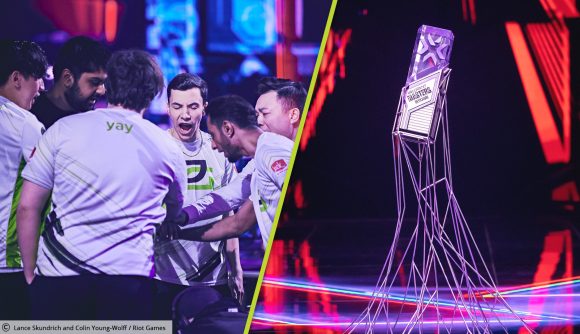 Valorant fans in North America will be sleeping with a big grin on their faces tonight, as Optic Gaming has secured victory in the Valorant Champions Tour Masters Reykjavik 2022 Grand Final against LOUD after a solid three game series. The feat marks back-to-back victories for the region in Iceland.

For Optic specifically, the result is huge not only because of the accolades winning Masters carries, but also because, historically, the team has always been the bridesmaid and never the bride. While operating as Team Envy last year, it fell short at the final hurdle at Masters 3 in Berlin, losing out to Gambit Esports. Optic didn’t even come into this event as NA’s first seed, having been defeated by The Guard in the Stage 1 Challengers finals.

Heading into the series, although LOUD had the advantage of controlling the map bans after previously defeating Optic in the upper-bracket final, the North American team in green looked comfortable throughout. On Ascent, both teams played strong defensive halves, though Optic was ultimately able to close it out 13-9.

Bind was a much more closely-fought battle, with a tight clutch by Gustavo ‘Sacy’ Rossi on round 23 setting LOUD up to equalise the series. However, a monstrous ace by Victor ‘Victor’ Wong the next round took both teams into overtime, which Optic successfully used as an opportunity to double its lead after winning-out 14-12.

Now officially the top team in world Valorant right now, we can’t wait to see if the team can take this momentum into the second stage of VCT 2022.