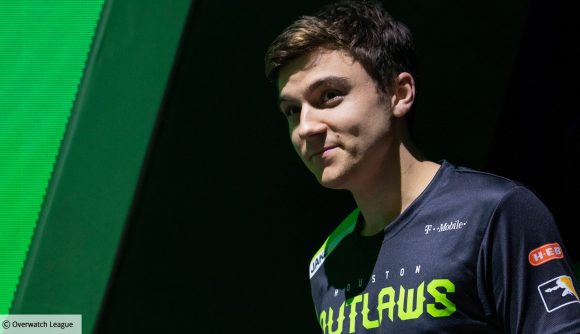 Esports has evolved dramatically over the past decade, and so has the way teams communicate with their audience. The growth of social media has allowed for esports fans to gain constant access to their favourite players, creating connections that simply weren’t there before.

However, social media is a double-edged sword. While many fans are there to support their team no matter the result, there exists a layer of anonymity which emboldens those with more nefarious intentions to abuse players without recourse for their actions. While organisations work to safeguard their players from this abuse, the players themselves oftentimes take matters into their own hands, and close themselves off from social media completely.

Speaking to The Loadout as part of a press conference, some of the Overwatch League’s brightest stars reflect on their relationship with social media. Atlanta Reign’s Kai ‘Kai’ Collins and Toronto Defiant’s Andreas ‘Logix’ Berghmans have both steered clear of social media because, as Kai says, “it’s probably the worst place for abuse.”

“Subjecting yourself to looking at social media after games is not a good thing,” says the Vancouver Titans’ Jiri ‘LiNkzr’ Masalin. “It’s not a good hobby to have for a pro player. Nothing can really prepare you for that.”

And it’s not just on platforms like Twitter, either. Los Angeles Gladiators off-tank Indy ‘SPACE’ Halpern recalls being so “overwhelmed” by the comments leveraged against players on Reddit, he never went back. “I knew a lot of players would look at Reddit and see these crazy comments about them,” he says. “And I remember opening Reddit and I was so overwhelmed by the website, I just closed it. It was like, ‘I’m never gonna look at this ever again’, and ever since I’ve never ever looked at it.”

San Francisco shock main tank Matthew ‘super’ DeLisi meanwhile states that, while it’s inevitable that players will “see stuff here and there,” he simply doesn’t care about those opinions. “The only people I need to prove myself to are people that matter – my team,” he says.

Houston Outlaws’ Jacob ‘JAKE’ Lyon echoes super’s sentiments. The flex DPS player also says that people commenting online often do so with a limited understanding of what’s actually going on in a professional match, and that stats aren’t the only metric by which a player’s contributions should be measured by.