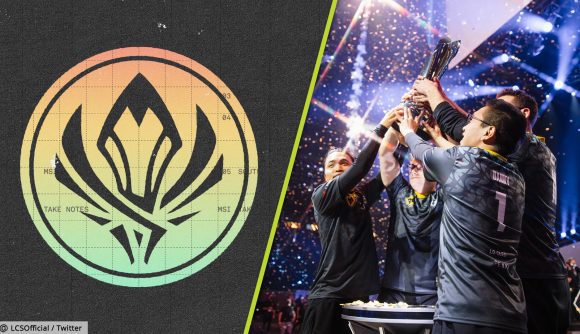 The League of Legends 2022 Mid-Season Invitational boot camp season is in full swing, with the best players in the world all coming together to juke it out for that precious, precious LP in the lead up to the main event. Although players have only been basking in the delights of high elo Korean soloq for just shy of a week, three of the visiting players have already ascended to the lofty heights of Grandmaster – and they’re all from NA’s Evil Geniuses.

The trio of Muhammed ‘Kaori’ Şentürk, Kyle ‘Danny’ Sakamaki, and Joseph ‘jojopyun’ Pyun all reached the 300LP threshold, and were last night promoted into Grandmaster. At the time of writing, Kaori is sitting at 283 LP, with a solid 56% win rate across 147 games. Then there’s jojopyun with 334 LP after 97 games, managing a 63% win rate.

Finally, and most impressively – despite playing far fewer games than his teammates – is Danny, who has managed to earn himself 371 LP in just 72 games, with a whopping 74% win rate. Of course, maintaining such a win rate becomes far more difficult over many games, but right now Danny is on fire.

So what have the pros been spamming in Korean soloq? Well, for botlaners Kaori and Danny, Samira represents the largest single chunk of games. Kaori’s won 67% of the 30 games he’s played using the flashy, dashy carry, while Danny’s amassed an 83% win rate in the 12 he’s piloted her. Kai’Sa also features in both players’ top three, while Kaori favours Lucian over Danny’s Zeri.

In the mid lane, jojopyun’s found great success so far with LeBlanc, Ahri, Sylas, and Zoe. 71% of the player’s 21 games on LeBlanc have ended in victory, while 85% of his 13 games on Ahri have resulted in the enemy’s nexus exploding.

With 500 LP constituting the Challenger cut-off, it could only be a matter of time before one of these three prospective Korean soloq conquerors stands at the golden gates of League’s top division.