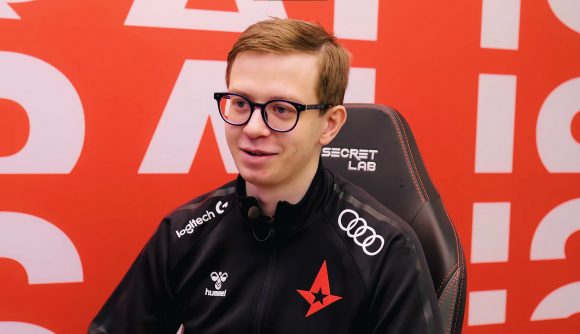 In a shocking turn of events, Astralis will be represented at the LEC Spring Playoffs. No, there hasn’t been a sudden bracket shake up or an unbelievable controversy – instead one of its players has landed himself a spot on the broadcast team for the competition.

One of the biggest characters of the Spring Split so far has been Astralis’ jungler Nikolay ‘Zanzarah’ Akatov, and now the 24-year-old will make Playoffs in his maiden LEC season – except it’ll be on the analyst desk, rather than on the Rift. The Russian has announced that he will be joining the LEC crew for this week’s games, which will see one of G2 or MAD Lions book a spot in the grand final through the winners’ bracket and remaining teams Schalke, Fnatic, and Rogue all battle to stay in the competition down in the losers’ bracket.

Zanzarah’s charisma and analytical abilities have already been showcased this split after his hilarious breakdown of why he loves playing “broken” Skarner. Expect many “pay your taxes” memes on the broadcast this week.

With Astralis’ new-look roster finishing ninth in the regular split with a 6-12 record, the organisation will at least be glad of some representation at Playoffs via Zanzarah.

TIME TO PAY UR TAXES https://t.co/CFDMuTSdMt

The LEC has recently made a habit of bringing pro players into the fold and making them a permanent fixture on the broadcast team, as was seen with former Excel man Marc ‘Caedral’ Lamont.

The LEC Playoffs resume on Friday, April 2 with one of Fnatic or Schalke being eliminated in a massive losers’ bracket tie.