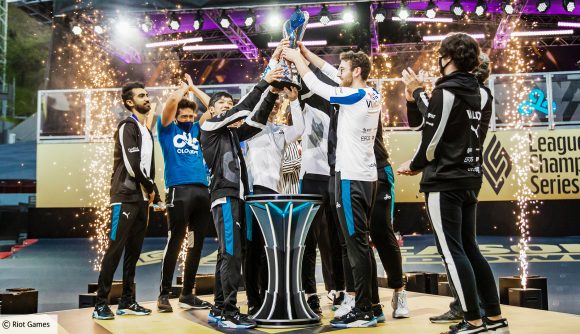 The LCS Summer Finals are easily the most important event in NA’s domestic calendar. This year’s event, however, is going by a new name – the LCS Championship – in a new partnership with Grubhub. What hasn’t changed is that only the top eight teams from the 2021 Summer Split will get the chance to take part when the two day elimination tournament kicks off on August 28. Oh, and fans will finally be welcomed back, too.

Hosting the tournament’s final two best-of-fives this year is the 19,500 capacity Prudential Center in Newark, New Jersey – home of the NHL’s New Jersey Devils. With fans finally getting the chance to watch their favourite teams in action for the first time since 2019’s Summer Finals, we’re sure that tickets are going to go lightning fast.

With the region’s three Worlds representatives having already been locked in prior to the final matches, only the coveted LCS trophy will be up for grabs when the action arrives in Newark. And knowing how dramatic the playoffs can be, the team lifting said trophy could be very different from the team currently in the league’s top spot.

Alongside being able to catch some prime NA League of Legends, ticket-holders will also be able to check out the LCS Fan Fest, which promises food, games, and some pretty tasty merch.

A top of the standings clash takes place this Sunday as first place @100Thieves face off against @TSM!#100WIN or #TSMWIN?

While it’s encouraging to see fans finally welcomed back to the LCS, the league also strongly encourages ticket-holders to get their vaccinations well in advance to ensure everyone can have both a fun and safe experience.