Following an unprecedented merger and a reported failed attempt from one investor group to acquire a vacant franchise spot, fans of the Call of Duty League were genuinely faced with the prospect of there being fewer teams in the 2022 season than in 2021. That was until, right at the death, Boston Breach was confirmed as the new owner of that coveted twelfth spot.

Boston Breach is owned and operated by New England-based Oxygen Esports who, after a recent merger with the Kraft Group, also own and operate the Boston Uprising in the Overwatch League. It may look to outsiders that Oxygen has rushed into a rather expensive decision by taking on a spot in the Call of Duty league at such short notice. However, when speaking with The Loadout, Oxygen’s co-founder Adam Morrison explains how that really isn’t the case.

“Originally, we were looking to the horizon of 2023 to be that twelfth [team] – or I suppose the thirteenth team [in the original plan],” Morrison says. “Then the market dictated an opportunity for us to enter – and you don’t accomplish big wins unless you take big bets. We felt confident enough that we could move into the market and that we knew enough about the space and the ecosystem.”

Despite seeming like a last-minute decision, the majority of the plans for Boston Breach’s potential entry into the CDL were formed already. Oxygen is an organisation with an ancestral strand in Call of Duty esports – the organisation was formed in 2020 and acquired five rosters from the disbanding org Team Reciprocity, which Morrison also co-founded in 2017. Reciprocity was a fan-favourite in the Call Duty World League, and went on a famous hot streak in the 2019 CWL Playoffs and Championship with a roster that featured Breach’s newly-appointed general manager and head coach, Denholm ‘Denz’ Taylor and Zach ‘Zed’ Denyer.

With Morrison already getting a flavour of what running a popular team in CoD esports looks like, he says he’s excited to be back and trying again with a stronger focus on building a local fanbase.

“We branded ourselves from day one as New England’s premier esports organisation,” he says. “The ownership group [is made up of] Boston-passionate people, they all come from the area, and they just wanted the opportunity to bring a real, successful esports organisation and venture to that local market.”

Appearing on The Flank podcast soon after the reveal of Boston Breach as the twelfth team in the CDL, Morrison was enthusiastic about being able to host local events and build a community around Oxygen’s Boston-based franchises. When asked what that might look like this year, and whether Oxygen’s earlier-than-planned entry into the CDL would hamper those efforts, Morrison tells us that there are “two paths” to this.

For the 2022 CDL season, the hosts for each of the majors have already been determined, but this is something Morrison desperately wants Boston to get in on next season. That’s the more long-term path that should lead to lots of notable, premier esports events coming to New England.

The more short-term path is a focus on building academy systems around Oxygen’s teams and putting on smaller local events which “fall outside the scope of the CDL”. With academy aspirations, does that mean then that we could see a Boston Breach or Oxygen-branded team competing in CDL Challengers?

“[There has been] a conversation around Challengers for like the last year plus, ever since we announced Oxygen,” Morrison says. “We basically started talking and figuring out how we could do it. So we’ve got our finger on the pulse there – you might see something coming down the pipe, but no guarantees yet.” 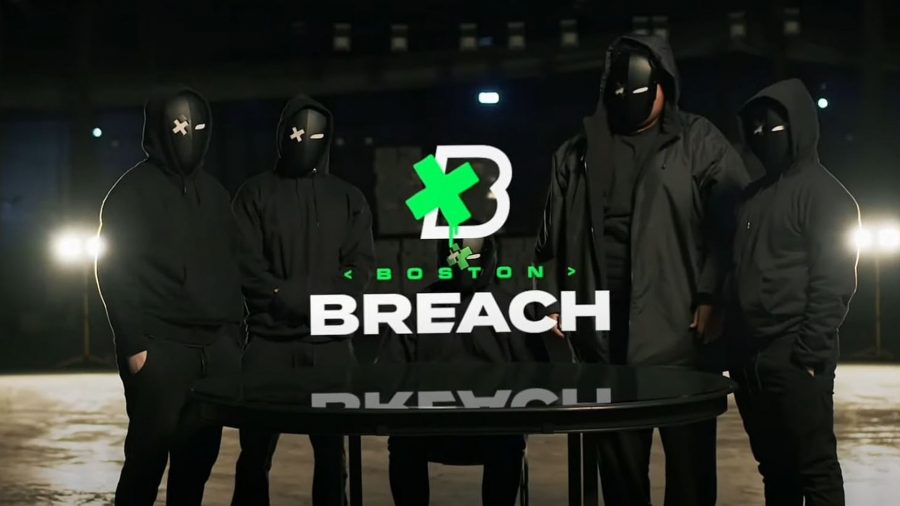 While branching into Challengers certainly isn’t out of the question, Morrison makes it clear that the growth and performance of the CDL team comes before anything else Call of Duty-related. He also says that when it comes to Oxygen’s vision of an academy structure, some of the other titles the organisation currently fields teams in are probably more suited. Outside of operating franchises in the CDL and Overwatch League, Oxygen has rosters in Rocket League, Rainbow Six Siege, Halo, Apex Legends, Valorant, Hearthstone, and Heroes of the Storm.

It’s safe to say that over the past few months, there has been significant criticism about every level of competitive CoD. From regular players being frustrated at the quality of the competitive experience in Call of Duty Vanguard, all the way up to the format of the CDL, since the conclusion of the 2021 season things have been restless within the community.

Morrison is aware of these concerns, but says that he has gained a different perspective now that he has a seat at the CDL table alongside other owners, investors, and decision makers. He claims that he now has “more cemented confidence” that things will improve and move forward.

“The short amount of time that we’ve been incorporated in the league [has] given me some reassurance that the approach is correct, and that [the CDL is] looking to square this in the best best possible way,” he says. “I guess I now have some more cemented confidence in the general trajectory of where things are going. I feel heard, it’s been positive.”

THE BREACH IS HERE!

While Boston Breach had last dibs on the talent pool, there is still genuine excitement around the roster that Denz, Zed, and Oxygen has built. Morrison and his team acted swiftly to accelerate its plans and jump into the CDL at a time when similar reported investors felt it was unwise. Will Boston just be making up the numbers this year, and has its ownership group jumped the gun into a decision it may regret? Or will this calculated risk provide us with a dark horse team that cements itself into the CDL early doors?

Morrison is confident it’ll be the latter, but Boston Breach’s CDL debut against New York Subliners at this weekend’s Kickoff Classic will give us the first glimpse at what is to come.