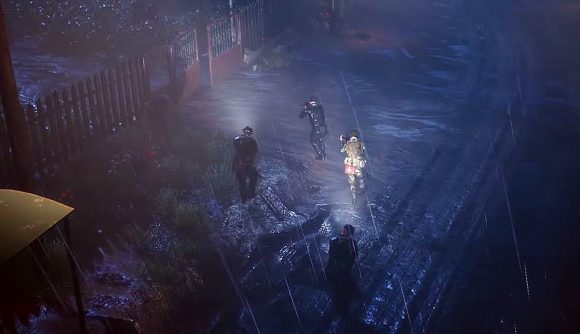 One of the hidden gems of The Game Awards’ premieres was the first look at Thunder Tier One – an intriguing, top-down strategy shooter created by PlayerUnknown’s Battlegrounds’ head of action and gunplay, Pawel Smolewski.

While shooters in both first and third-person have proved popular in 2020, top-down shooters are certainly something of a niche genre. However, what started as a passion project for Smolewski soon grew into a full-blown idea with a number of colleagues jumping aboard to help develop Thunder Tier One in their spare time. But after taking some time to focus on PUBG, Smolewski is back working on the game – but this time he has the help of PUBG Corp’s parent company, Krafton.

As you’d expect for someone so involved in PUBG, Smolewski has applied a lot of his experience behind the scenes of the battle royale to Thunder Tier One. But, the games have a symbiotic relationship, and Thunder Tier One has actually worked as a test bed for a number of PUBG gameplay changes in the past.

“I’m always learning, and there is no doubt that working on PUBG helped me when it came to Thunder Tier One,” Smolewski tells The Loadout. “I’ve learnt new approaches to game design, a lot about mechanics and movement – and where to draw the line between realism and arcade.

While PUBG boasts a large competitive scene and ranked mode, it sounds like Thunder Tier One is not destined for the same fate. Smolewski says that while he wants a deeply strategic gameplay experience, influenced by the likes of the Rainbow Six and Commandos games, the top-down genre has limitations when it comes to having a fair, competitive title.

“Given Thunder Tier One’s mechanics, making the game competitive may be tricky as you are of course limited due to the field of view – which might not always be fair to everyone. So, in its current form the game is not suited to esports.

“However, if a competitive scene ever emerged then I would definitely want to support it, at the very least by making sure the function and the design of the game made it fair for all players. We would also have to ensure that every weapon and gadget could be somehow counter-played. So there would be a lot to think about.”

While it looks fascinating on the surface, can the top-down Thunder Tier One actually gain traction at a time where first-person shooters rule the roost?

“Why make a top-down shooter? I say, ‘why not?’” Smolewski explains. “Thunder Tier One started out as a research platform for us, a place where we would try different approaches to game design, where we explored how first-person features could work in a top-down environment.

“As we really enjoyed working on the project, we continued to develop it, and this has led us to create a really unique game – one that has its own perks and charms.”